Disha Patani Makes Our Day Brighter With Her Stunning Selfies

Disha Patani lights up Instagram with her no-makeup look 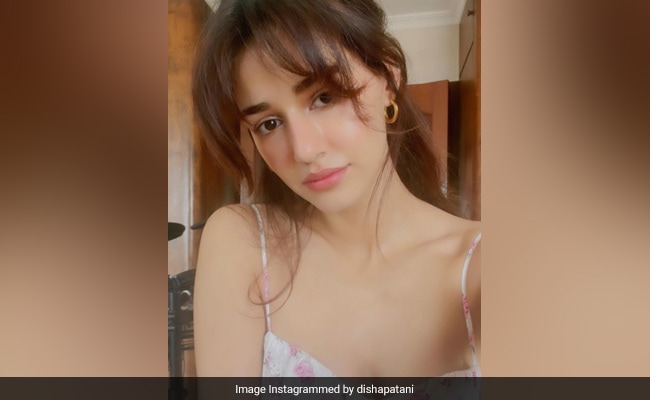 Disha Patani enjoys a tremendous fan following on Instagram and for good reason. The actress not only drops stunning pictures of herself but also shares pictures and videos of her dance sessions and workout routines regularly on the photo-sharing platform. On Sunday, Disha Patani shared not one but two images of herself and might we add, she looks stunning as always. In both the images, one of which is an elevator mirror selfie, she is seen in a no-makeup look. In the caption, the actress just dropped a pig snout emoji.

Over the weekend, Disha Patani shared a video of her dancing to the song My Money Don't Jiggle Jiggle, It Folds by Louis Theroux. In the clip, Disha is seen with choreographer Dimple Kotecha.

A few days ago, Disha Patani shared a sun-kissed image of herself lounging at home, beside her window in a red shirt and white shorts. In the caption, the actress dropped a paw print emoji. Actress Elli AvrRam, who had featured alongside Disha in Malang wrote, “Cutie”.

Before that, Disha Patani wowed her fans in a burnt orange bikini. She let the image do all the talking without any caption.

Recently, the actress also had fashion lovers taking notes when she stepped out in a purple bodycon dress. Disha Patani opted for a sultry ensemble for the special screening of her rumoured boyfriend Tiger Shroff's Heropanti 2. The film also features Tara Sutaria and Nawazuddin Siddiqui in lead roles. In the caption, Disha only dropped a unicorn emoji. Elli AvrRam once again commented, this time with unicorn, butterfly and flower emojis. Krishna Shroff, Tiger Shroff's sister, dropped a fire emoji.

On the work front, Disha Patani will be seen in Ek Villain Returns, Yodha, and Project K, among others.