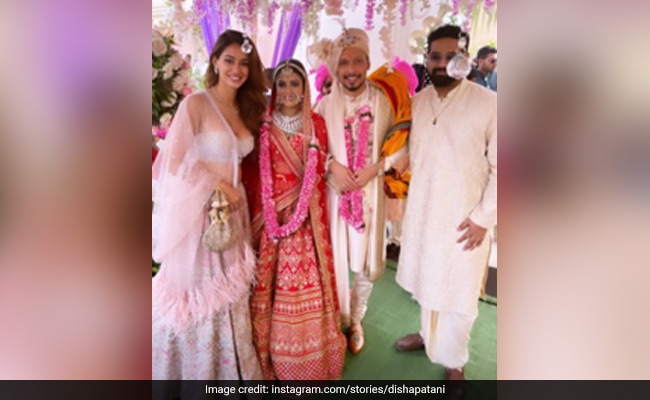 Disha Patani took a break of sorts from work to attend her friend's wedding, pictures from which she has actively been sharing on her Instagram profile. After sharing pictures from her look for the pre-wedding festivities, the actress posted photographs from her friend's wedding ceremony and stunning can't even begin to describe them. For her friend's wedding, the actress picked a pastel lehenga from the shelves of Falguni and Shane Peacock. She accessorised her look with a diamond necklace and earrings. Sharing a picture with the bride and the groom on her Instagram story, Disha Patani wrote: "Badhaai ho mere dost." 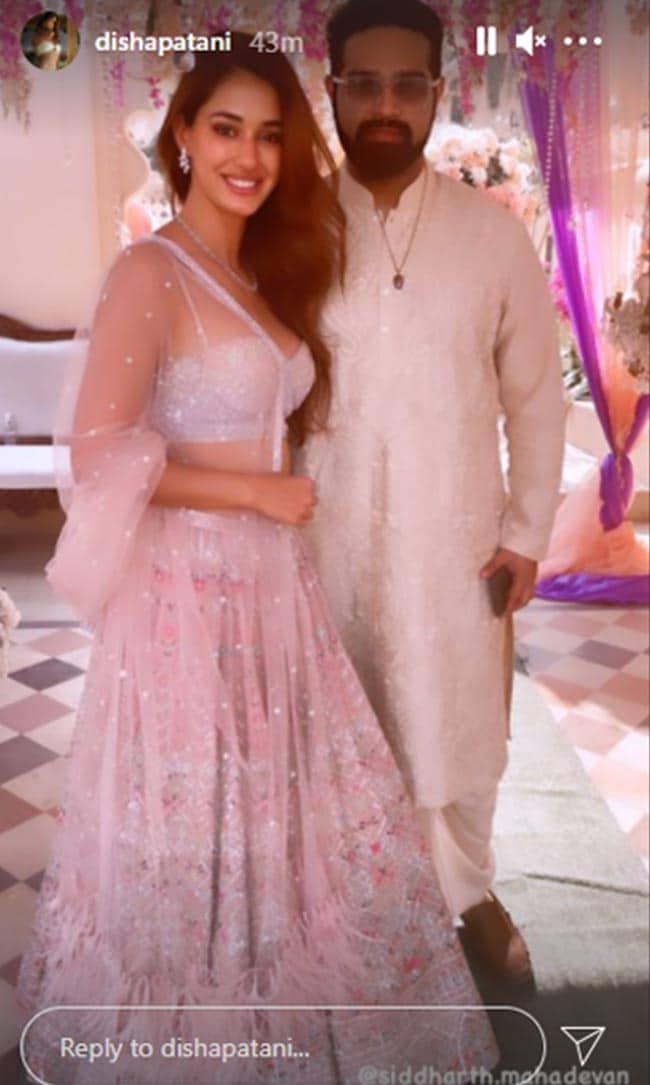 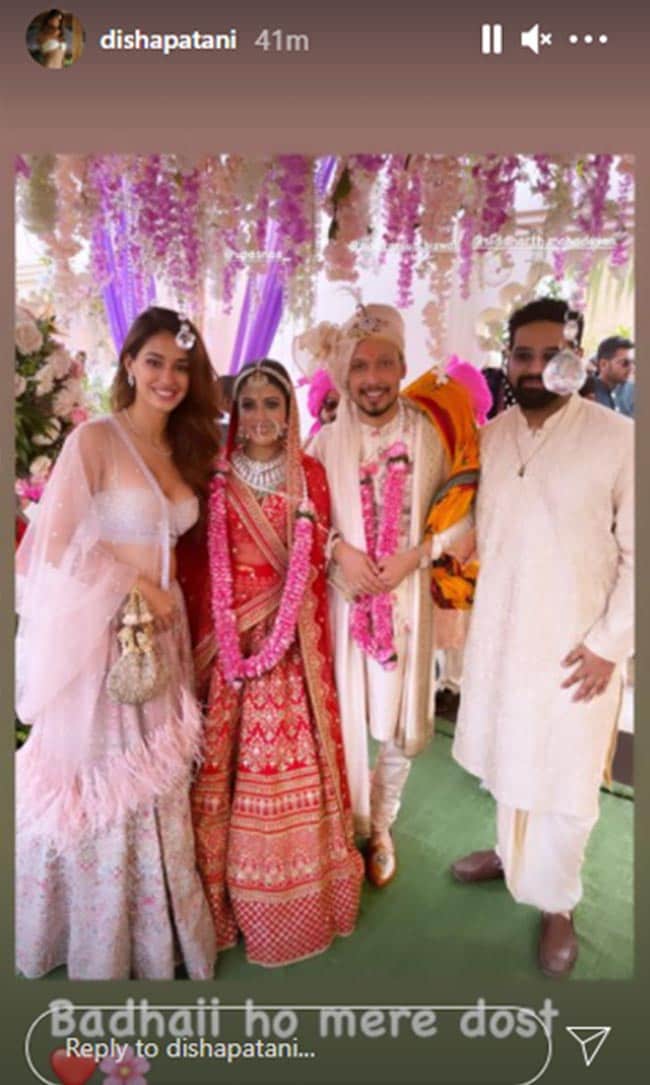 "Hair and makeup by me," Disha wrote sharing these pictures:

On Wednesday, the Baaghi 2 actress gave her Instafam a sneak peek of her OOTD.

The actress was last seen in Mohit Suri's action-thriller Malang, co-starring Anil Kapoor, Aditya Roy Kapur and Kunal Kemmu. She will next be seen in Prabhu Deva's Radhe: Your Most Wanted Bhai, which will be her second project with Salman Khan. The duo have earlier co-starred in the 2019 film Bharat, which also featured Katrina Kaif and Tabu. Meanwhile, Radhe: Your Most Wanted Bhai will also star Jackie Shroff and Randeep Hooda in pivotal roles. The film is slated to release on Eid this year.

The actress is best-known for starring in films such as Baaghi 2, co-starring rumoured boyfriend Tiger Shroff, and Kung Fu Yoga, among others. Disha Patani, a former model, made her big Bollywood debut with the 2015 sports biopic MS Dhoni: The Untold Story, co-starring late actor Sushant Singh Rajput. The film also featured Kiara Advani.