Ek Villain Returns: "And while I cannot reveal much about the film, I can assure that it is going to be a thrilling rollercoaster ride," said director Mohit Suri 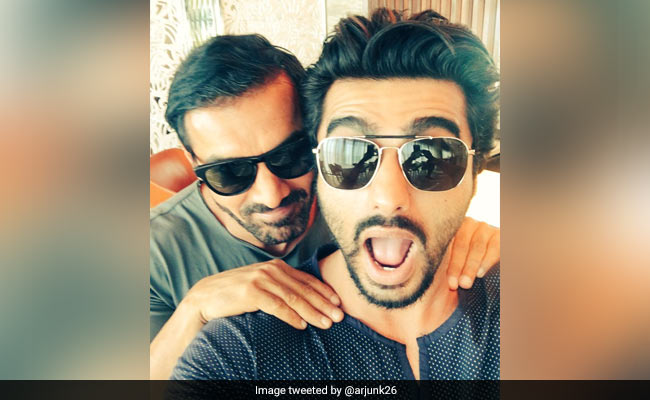 Arjun Kapoor with John Abraham in a throwback (courtesy arjunk26)

Crime-thriller fans have one more film to look forward to - Ek Villain Returns, which is a sequel to Mohit Suri's 2014 movie Ek Villain. On February 11 this year, the makers announced that Ek Villain Returns will arrive in theatres on exactly the same date next year. Ek Villain Returns has an all new cast, comprising John Abraham, Arjun Kapoor, Disha Patani and Tara Sutaria. "Iss kahaani ka hero, villain hai," wrote John Abraham, which prompted a tweet from Riteish Deshmukh, who played the titular role of the antagonist in Ek Villain. "Go Villains! Wishing my best to the entire team," he wrote along with a redone version of his signature dialogue from Ek Villain: "Mujhe yakin hai, iss baar bhi shikayat ka mauka nahi milega."

Talking about what to expect from the sequel, director Mohit Suri said this in a statement: "Ek Villain was my passion project and a labour of love. The kind of love that I still receive for Ek Villain overwhelms me. I am sure with Ek Villain Returns, the love is only going to grow bigger. And while I cannot reveal much about the film, I can assure that it is going to be a thrilling rollercoaster ride," reported news agency PTI.

Ek Villain Returns will be co-produced by Ekta Kapoor's Balaji Motion Pictures and Bhushan Kumar's T-Series. The film is slated to hit screens on February 11, 2022.