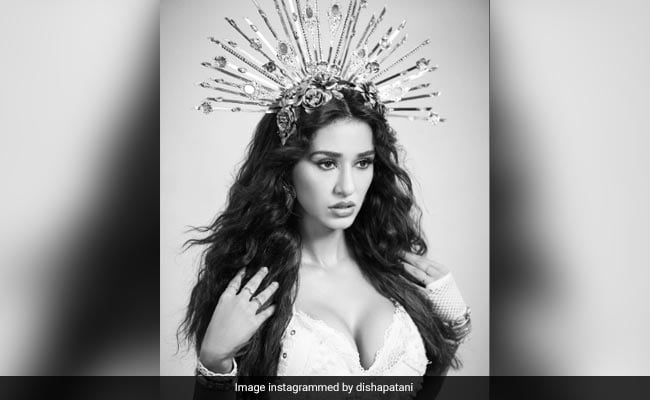 Disha Patani shared a few stunning pictures of herself on her Instagram handle and we cannot get enough of it. On Thursday, the actor shared three pictures, one of them being a monochrome. Disha, who can be seen wearing a white outfit, put a sheep emoji as her caption. In the first picture, Disha can be seen looking down and posing for the camera, while in the second picture, she can be seen accessorising her look with a tiara. The third picture of the actor is a monochrome from the same photoshoot, in which, Disha can be seen looking away from the camera.

Her post garnered over two lakhs likes in less than thirty minutes since it was uploaded.

Many of her fans flooded her comment section with fire and heart emojis, mostly being speechless.

Just a few days ago, Disha shared another picture in a white outfit. The actor used a sheep emoji for its caption too. In the picture, Disha can be seen on a beach, soaking up the sun. The post has garnered over 1.2 million views.

Disha, who gained recognition for her role in late Sushant Singh Rajput's MS Dhoni: The Untold Story, has done many films like Kung Fu Yoga, Baaghi 2, Bharat, Malang and Salman Khan's Radhe: Your Most Wanted Bhai among others.