Disha Patani Dancing To Ed Sheeran's Shape Of You Is Everything. Trending? You Bet 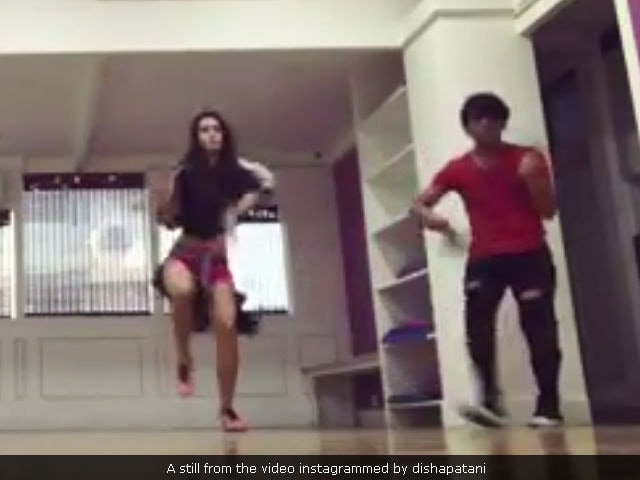 New Delhi: Ed Sheeran's Shape Of You is the dance number du jour. Actress Disha Patani dancing to the song is the latest viral sensation, weeks after students of IIT Kharagpur made such a splash with their niftily choreographed and edited video. The 24-year-old actress is rehearsing for a gig maybe, or dancing just for the love of it, but one thing's for sure, Disha Patani's got the moves. The MS Dhoni: The Untold Story actress posted a glimpse from her dance session with Harsh Vardhan Khemka, who describes himself as a celebrity dance trainer on Instagram. Disha wrote: "Finally grooving to my new favourite track with @hvardhankhemka choreography #kylehangami #shapeofyou trying a different style. (sic)." Disha Patani recently featured with Jackie Chan and Sonu Sood in Kung Fu Yoga.

Watch Disha Patani grove to Ed Sheeran's Shape Of You:

Disha Patani recently made headlines after she denounced trolls who tried to body-shame her for wearing a "revealing outfit" on Instagram. The actress shared a powerful note in which she wrote: "Start accepting that we are not going to be anybody's idea of an "Indian girl." Don't let your frustration destroy somebody's life."

Promoted
Listen to the latest songs, only on JioSaavn.com
Disha Patani is reportedly dating actor Tiger Shroff, also admired for his skills on the dance floor. Neither actor ha s denied nor confirmed their relationship. On Koffee With Karan, Tiger, who appeared with his father Jackie Shroff, said: "Disha makes me look good." Later Disha told mid-day: "I never hide anything or stop people from asking about Tiger. I am not shy about my personal life. Yes, Tiger and I are close. We are good friends, obviously."

Disha Patani's started her big screen journey with Telugu film Loafer in 2015. She was then seen in the music video of Befikra, co-starring Tiger Shroff. She's so far made one Bollywood film - MS Dhoni: The Untold Story (2016) - and one Indo-Sino film - Kung Fu Yoga (2017).