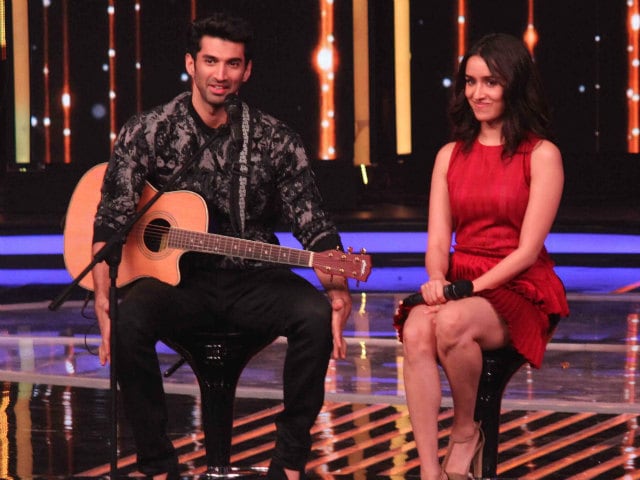 New Delhi: OK Jaanu, the first Hindi film of 2017, releases this Friday and its stars, Aditya Roy Kapur and Shraddha Kapoor, will promote their movie on this weekend's episode of new talent show Dil Hai Hindustani. The main attraction of the episode will be a performance of The Humma Song by Aditya (also on guitar), Shraddha and rapper Badshah, who helped remix the song for the film and also serves as a judge on Dil Hai Hindustani, which began airing last week. The Humma Song is a reworking of A R Rahman's Nineties Hamma Hamma, originally sung by Remo Fernandes for Mani Ratnam's film Bombay. A teaser of the performance on Dil Hai Hindustani - greeted by appreciative applause by Badshah's co-judges Karan Johar, Shalmali Kholgade and Shekhar Ravjiani - was tweeted by Star Plus, which airs the show.

The Humma Song was released a month or so ago and received mixed reviews. The chemistry between Shraddha Kapoor and Aditya Roy Kapur (who also appeared in Aashiqui 2 together) was given a standing ovation, the recrafted song itself less so.

Watch the video of The Humma Song from OK Jaanu:


OK Jaanu is a remake of Mani Ratnam's Tamil hit of last year, OK Kanmani. Directed by Shaad Ali, OK Jaanu has been made by Karan Johar's Dharma Productions and deals with a young couple living together until they can decide what do with their respective careers. The cast also includes Naseeruddin Shah and danseuse Leela Samson. Gulzar has writing credits and A R Rahman provides the music.

Promoted
Listen to the latest songs, only on JioSaavn.com
After the OK Jaanu special episode, Dil Hai Hindustani will have a superstar guest - Shah Rukh Khan is expected to promote his new film Raees on the show. News agency IANS reports that SRK's episode is being recorded today and will air on the weekend after Raees releases on January 25.

Dil Hai Hindustani is a musical talent show that features singers from around the world.