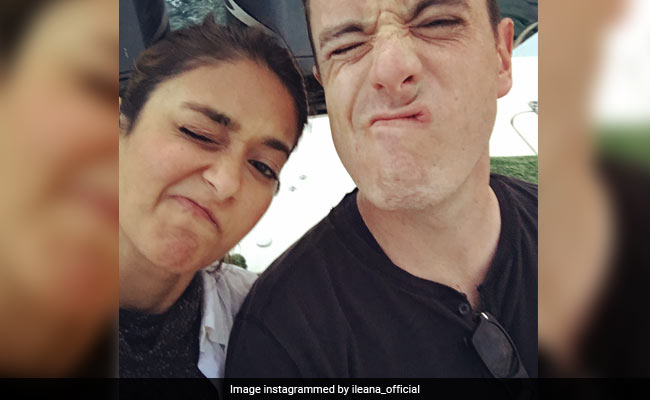 New Delhi: Still waiting to make those weird faces and click lots of selfies with your love? Let this be known that Ileana D'Cruz and boyfriend Andrew Kneebone have beaten you in the race. On Wednesday, Ileana delighted everyone by sharing wonderful throwback pictures from her photo archives, featuring herself and Australian boyfriend Andrew. In the adorable pictures, Ileana and Andrew can be seen making cute faces ('pirate faces') on their way to some deep sea fishing trip in Fiji. In one of the pictures, Ileana elated her fans with a pout while in the other Ileana is all smiles with Andrew. "Throwback to when my man and I put up our best pirate faces while en route to a very very early deep sea fishing trip #hesmyweirdo #myoneandonly #imdefinitelynotamorningperson #fiji," Instagrammed Ileana D'Cruz.

The Internet loves these pictures of Ileana D'Cruz. In less than three hours, the photos recieved 82,051 'likes' and the comment section is filled up with compliments like 'cute couple,' 'superb expressions' and 'couple goals.'

Recently, Ileana also posted a picture of herself, which was clicked by 'her hubby.' She gave the picture courtesy to Andrew and wrote: "My favourite time of the year. #christmastime #happyholidays #home #love #family Photo by hubby @andrewkneebonephotography."

Earlier, Ileana spoke with Hindustan Times about her relationship with Andrew. Ileana said, "Initially, I was told to not speak about my relationship. And while I don't have an issue talking about it, it's unfair that people are being unnecessarily harsh to him (Andrew). It is unfair to subject him to harsh comments just because I am a celebrity. He is entitled to his privacy and respect and he deserves both in equal measure. He is a great person, and it did affect me when people left harsh comments on my social media posts. But I do give it back to nasty trolls."

Promoted
Listen to the latest songs, only on JioSaavn.com
Ileana never fails to elate her fans and keeps posting adorable pictures with Andrew on social media.

Love is all you bloody need.

A moment. In a world of madness.

Ileana D'Cruz debuted in Bollywood in 2012's Barfi!, co-starring Ranbir Kapoor and Priyanka Chopra. Before that she featured in films like Devadasu, Pokiri and Kick. She has also starred in films like Phata Poster Nikhla Hero, Main Tera Hero, Happy Ending, Rustom, Mubarakan and Baadshaho.