Ileana D'Cruz Is Busy Soaking Up The Sun. See Pics From Her Dreamy Vacation 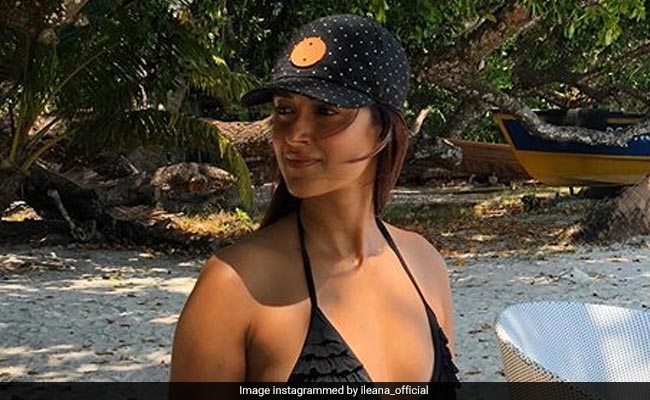 When Ileana D'Cruz is not busy shooting for her films, the actress treats her Instafam to pictures from her vacation. The actress shared a couple of throwback pictures from her getaway and dreamy can't even begin to describe them. In the pictures, Ileana can be seen dressed in a black bikini and a wrap around. She can also be seen wearing a black cap. Ileana captioned one of the posts: "Ok. Excuse me while I strut off to get a tan." The pictures from Ileana's holiday will make you go green with envy.

Ok. Excuse me while I strut off to get a tan #tb

But there's a buffet behind you #tb

When the sea is calling out to you #tb

The actress will next be seen inThe Big Bull, co-starring Abhishek Bachchan. The film will be directed by filmmaker Kookie Gulati and it will be produced by Ajay Devgn.

On the work front, Ileana D'Cruz was last seen in the 2019 comedy film Pagalpanti, which starred Anil Kapoor, John Abraham, Urvashi Rautela, Arshad Warsi, Pulkit Samrat and Kriti Kharbanda in pivotal roles. She is best-known for her performances in Bollywood films such as Barfi!, Phata Poster Nikla Hero, Rustom and Happy Ending to name a few.