"Didn't Wear This To Hide My Curves": Maanvi Gagroo Calls Out Label That Casually Fat-Shamed Her

"I stand against everything this distasteful tagline points to," said Maanvi Gagroo 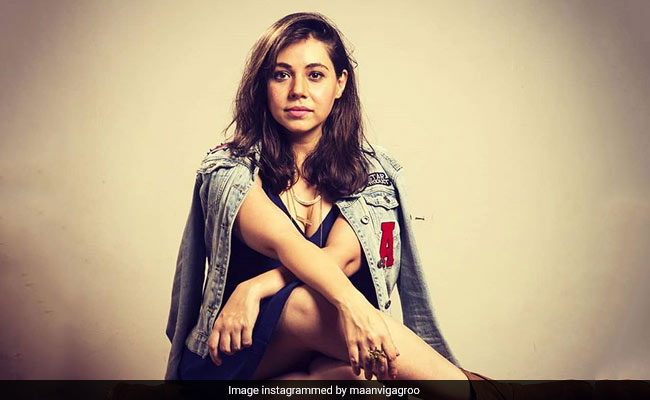 Actress Maanvi Gagroo, best known for starring in Amazon Prime's Four More Shots Please!, called out a fashion label for sharing a promotional post, featuring her photo, without her permission, and also for using a description that reeks of fat-shaming. On Thursday afternoon, Maanvi tweeted a screenshot of what appears to be a Facebook post by House Of Fett, in which the words "Styles to hide your curves" can be seen written underneath a photo of Maanvi, wearing a dress. Maanvi made a strong statement in her tweet, writing: "I didn't wear this dress to 'hide my curves'. Not only does the brand NOT have my permission to use my picture as a sponsored post, they definitely don't have my permission to fat shame ANYONE! I stand against everything this distasteful tagline points to."

In Four More Shots Please!, Maanvi Gagroo plays the role of Siddhi Patel, the single child of a wealthy Gujarati family, who has grown up being fat-shamed and body-shamed by her mother. At the end of the first season, Siddhi, who has always been insecure about her body, learns to embrace her curves and has a personality change as she emerges as a super confident and carefree woman in her twenties.

Season 2 saw a major shift in Siddhi's personality. She's more confident, more comfortable & much more carefree. To match this shift, there had to be changes made to her wardrobe as well. So in addition to her usual floral, vibrant, feminine silhouettes, we added a bit of androgyny. Like the one above. So more pants, shorts, jumpsuits & jeans. @aasthasharma @reannmoradian @suchijaggi ................................................................... This is one of my favourite androgynous looks for Siddhi. It's playful yet serious. It's cute yet structured. It's stylish yet strong. It's Siddhi yet not. Watch #FourMoreShotsPlease on @primevideoin

Maanvi Gagroo had once told news agency IANS in an interview: "Our living room conversations are changing. Families are changing. We're now talking about things that were, till even a decade ago, fairly uncommon, let alone being scandalous. The smart thing to do as creators is to represent this change. Why wouldn't we show stories that are relatable and depict characters that exist? Narratives need to change with every story, perspective as well."

Maanvi Gagroo has also featured in films such as Ujda Chaman, No One Killed Jessica and Shubh Mangal Zyada Saavdhan. She's also known for her performance in an episode of Amazon Prime's Made In Heaven and for headlining the web-series TVF Tripling.