Maanvi Gagroo Got Typecast As 'Bubbly' Girl, Says It's Important To 'Reinvent'

Maanvi Gagroo said: "Even if I tried something different within that, I was told to do it in that exact specific manner." 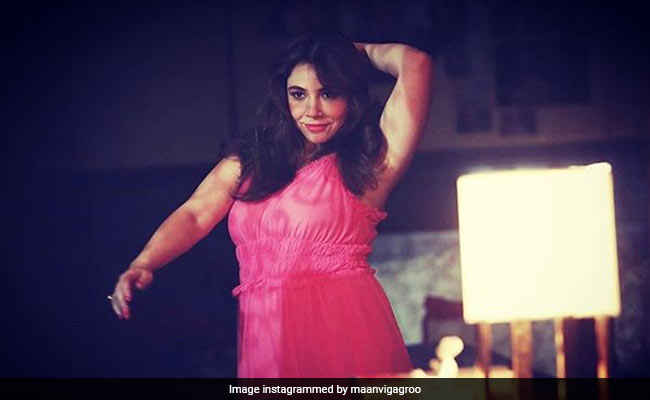 Actress Maanvi Gagroo, who stepped into the acting field with the television show Dhoom Machaao Dhoom in 2007, says she got typecast as a bubbly and chubby girl in the initial days of her career. "Most people would cast me as a 'Punjabi bubbly girl' and while I didn't have a problem with these traits really, I was getting bored of playing the same character over and over again. Even if I tried something different within that, I was told to do it in that exact specific manner. That's when I stopped going for these auditions," Maanvi told IANS over phone.

With time, things changed for Maanvi as she got a chance to play different roles. She got featured in web shows like TVF Pitchers and TVF Tripling, through which Maanvi proved her versatility.

According to Maanvi, re-invention plays an important factor in a person's growth. "It is important for people, not just actors, to keep reinventing themselves to lead a fulfilling life," she said.

The actress also finds innovation in the kind of web shows and films being made nowadays. "Our living room conversations are changing. Families are changing. We're now talking about things that were, till even a decade ago, fairly uncommon, let alone being scandalous. The smart thing to do as creators is to represent this change. Why wouldn't we show stories that are relatable and depict characters that exist? Narratives need to change with every story, perspective as well," she said.

After the successful run of her shows Four More Shots Please! and most recent Tripling 2, Maanvi is looking forward to a holiday.

"2019 has been rewarding in ways I can't even imagine and I'd like that to spill onto other aspects of my life too," she added.