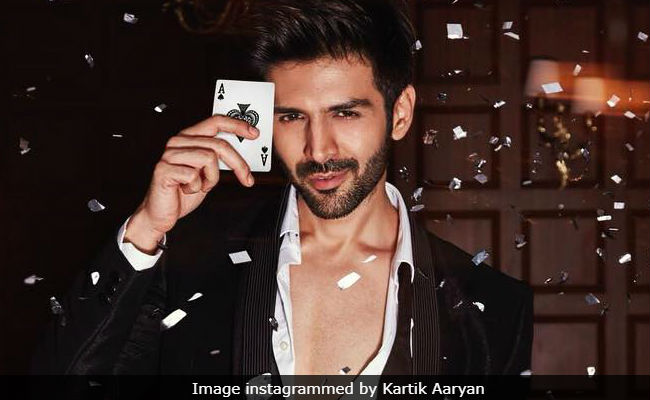 New Delhi: Kartik Aaryan is undoubtedly counted among the bankable actors of Bollywood, especially after the success of his last film Sonu Ke Titu Ki Sweety. And now, as per a mid-day report, Kartik has hiked his fees per film from Rs 35 lakh to Rs 3 crore. Apparently, the team of Pyaar Ka Punchnama approached him for the third film in the series for which his agent has asked for Rs 3 crore as remuneration. Kartik Aaryan owes his success to Luv Ranjan and his team having made four films (out of six) with him. Kartik debuted in 2011's Pyaar Ka Punchnama and its sequel Pyaar Ka Punchnama 2 in 2015. The aforementioned Sonu Ke Titu Ki Sweety and 2013 film Akaash Vani were also made by Luv Ranjan.

Pyaar Ka Punchnama producer Kumar Mangat Pathak told mid-day that they've not locked the script of the third film. "We will make an announcement about Pyaar Ka Punchnama 3 in 15 days. Kartik has every right to ask for Rs 3 crore as his last film was such a big hit, but at the moment, we don't have any project with him. Whenever we do a film together, I am sure Kartik won't discuss money. If we do, we will pay him whatever his market value is."

Promoted
Listen to the latest songs, only on JioSaavn.com
Meanwhile director Luv Ranjan said that he has "no knowledge of it" as they've "never discussed money." Kartik Aarayan's spokesperson also avoided commenting on the actor's fee hikes and said, "Luv Ranjan is like his guru. They don't talk money."

Kartik Aaryan hasn't announced his next project yet.