Dia Mirza revealed that the picture was clicked by her father 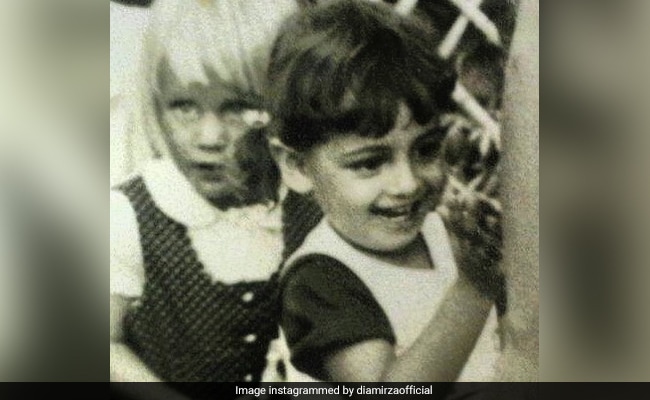 Dia Mirza's latest Instagram entry is just too cute. The Sanju actress shared an adorable picture from her childhood days on her Instagram profile. In the grey scale photograph, little Dia can be seen smiling with all her heart. She added an equally cute caption along with the post and she wrote: "My most priceless possessions,old photographs. Especially the ones shot by my father." She added the hashtags #FridayFlashback and #StayHome to her post. Dia's post got a lot of love from her friends. Aditi Rao Hydari, Esha Gupta dropped heart emojis in the comments section. Divya Khosla Kumar wrote: "cutest." Mrunal Thakur's comment read: "OMG! Pictures clicked by fathers are priceless. That smile though."

My most priceless possessions, old photographs. Specially the ones shot by my father #FridayFlashback #StayHome

Dia has a treasure trove of throwback pictures. She shared a super cute picture and wrote: "Major Flashback Friday. Eighties baby." ICYMI, this is the post we are talking about:

On the professional front, Dia Mirza featured in the web-series Kaafir and backed the web-series Mind The Malhotras. Her last Bollywood release was the 2020 film Thappad, co-starring Taapsee Pannu. Dia Mirza, a former beauty queen, made her Bollywood debut with Rehnaa Hai Tere Dil Mein, opposite Madhavan. She has also featured in films like Sanju, Dum, Dus and My Brother... Nikhil among others.