Dheere Dheere is a Hit. What Next For Sonam Kapoor and Hrithik Roshan? 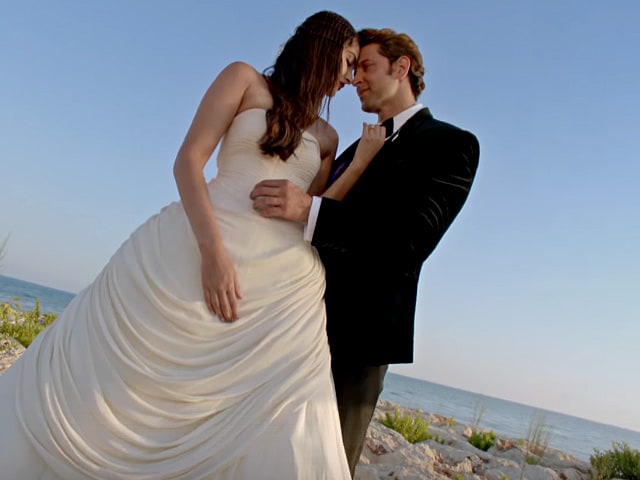 Sonam Kapoor and Hrithik Roshan in a still from Dheere Dheere.

New Delhi: Sonam Kapoor and Hrithik Roshan caused quite a stir together in the music video for Honey Singh's version of 1990 hit Dheere Dheere. Now, they might be considering a more traditional collaboration for film stars - a film.

"What shall we do next", Hrithik asked Sonam and here's what she said:

@iHrithik how about a movie Hrithik???

This seems to be good news for those rooting for Sonam and Hrithik.

Dheere Dheere is the revamped version of the hit song from 1990 film Aashiqui, starring Rahul Roy and Anu Agarwal. The 2015 version has been presented as a tribute to the film's producer Gulshan Kumar by his son, Bhushan. (Also Read: Hrithik Roshan, Sonam Kapoor Star in Honey Singh's Version of 1990 Hit Dheere Dheere)

The song, which released on September 1, has now been watched over 20 million times.

However, the auto-tune in the song and the video itself, with a marked 1990 feel to it, didn't score with everyone. Pooja Bhatt, daughter of Aashiqui director Mahesh Bhatt, tweeted:

In a world full of imitations there is no beating the original-Dheere Dheere Se Aashiqui(1080p HD Song) https://t.co/aj6qYqWYd1 via @YouTube

However, Sonam's actor father Anil Kapoor 'loved it'. He told news agency PTI in an interview: "I loved the video. It is fabulous and fully commercial. It is fantastic and the song is also nice." (Also Read: Hrithik, Sonam's Dheere Dheere Fantastic, Says Anil Kapoor)