Dhanush Confirms His Return In The Gray Man Sequel: "Lone Wolf Is Ready, Are You?" 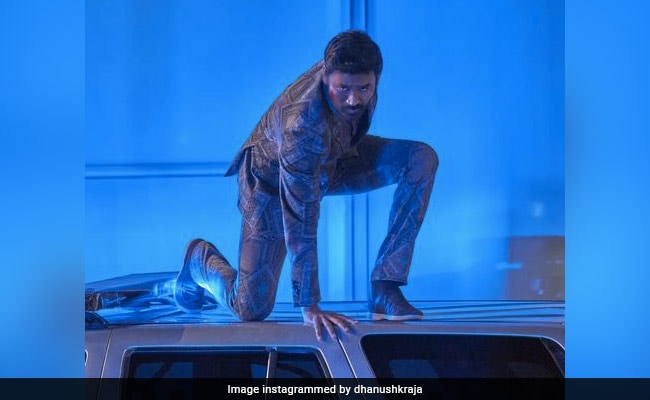 Dhanush, who made his Hollywood debut with Russo Brothers' The Gray Man, confirmed that he would be reprising his role as Avik San aka Lone Wolf, in the sequel. On Saturday, the actor shared an audio clip on his Twitter handle in which he can be heard warning Sierra Six (played by Ryan Gosling), "Six, This is Lone Wolf. I hear we are both looking for the same man. I want to offer you some advice. Stop looking. You are wasting your time. Because if I find him first, there will be nothing for you to look for. And if you find him first, then I will find you. Nothing personal." In the captions, Dhanush wrote, "The Gray Man universe is expanding and the sequel is coming... Lone Wolf is ready, are you?"

The Gray Man universe is expanding and the sequel is coming… Lone Wolf is ready, are you? #TheGrayMan@agbofilms@netflix@Russo_Brotherspic.twitter.com/b8FuJk9koJ

Earlier, OTT platform Netflix and Russo Brothers issued a joint statement confirming that the team is developing a sequel and also working on a spin-off which will explore different elements of The Gray Man universe.

"With so many amazing characters in the movie, we had always intended for The Gray Man to be part of an expanded universe, and we are thrilled that Netflix is announcing a sequel with Ryan, as well as a second script that we're excited to talk about soon," the Russo Brothers said in a joint statement.
Meanwhile, in terms of work, Dhanush has several films in his kitty - Thiruchitrambalam, Naane Varuven and Vaathi.