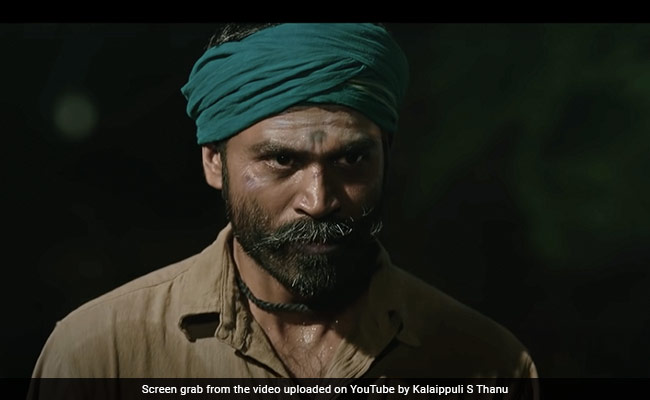 Superstar Dhanush is a man who needs no introduction. The actor, who has an unparalleled fan following in his home state of Tamil Nadu, has conquered Bollywood with his measured performances. Dhanush also made his foray into Hollywood with The Extraordinary Journey Of The Fakir and more recently, The Gray Man. As he celebrates his 39th birthday today (July 28), the star has much to cheer about. With a tremendous body of work behind him, Dhanush also has several exciting projects to look forward to. Even as Dhanush continues to set milestones, we thought his birthday would be just the right occasion to look at five of his best films.

One of his more recent releases, Asuran is considered by many to be Dhanush's career-best performance. The film is based on the Kilvenmani massacre of 1968 and exposes the evils of the caste system. Directed by the brilliant Vetrimaaran, Dhanush is ably supported by Manju Warrier in the must-watch film. The film won Dhanush his second National Award for Best Actor.

This 2011 sports-action drama is one that won Dhanush his first National Award for Best Actor. Set against the backdrop of rooster fighting, Aadukalam features Dhanush as K. P. Karuppu, a man not willing to back down.

Vada Chennai is another Vetrimaaran classic that was tailored for the gifted actor. As a carrom player who finds himself in the midst of gang rivalry, Dhanush is powerful and endearing.

Pudhu Pettai, directed by Dhanush's brother Selvaraghavan, is an example of the actor's range as a performer. The actor traces the journey of his character from being a helpless child to a gangster with ease and style.

Kaadhal Kondein, another Selvaraghavan film that was released in 2003, is considered to be Dhanush's breakthrough performance. The film was a critical and commercial success that catapulted Dhanush to superstardom.