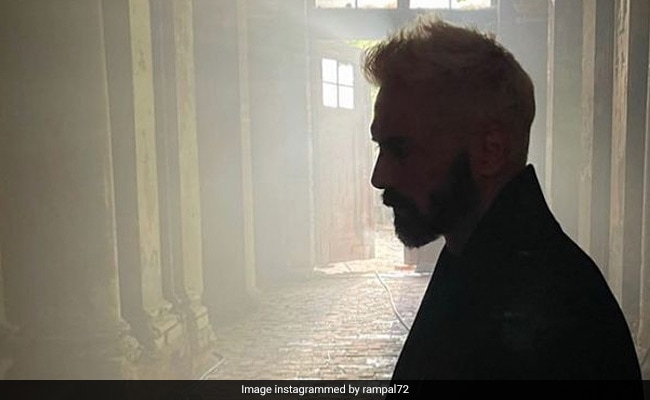 Actor Arjun Rampal, who has been in Budapest for the shoot of his upcoming film Dhaakad for quite some time now, resumed work on Monday. How we know this? Courtesy, Arjun Rampal's latest Instagram post. The actor shared a picture of himself from the film set on Instagram. The picture captures a silhouette of Arjun Rampal. Even through a dark background, we get a glimpse of Arjun's newly done platinum blonde hair in the picture. In the caption of the post, Arjun Rampal shared that he is "back to work." Arjun wrote: "Back on set. Back to work. Feel blessed and filled with Gratitude. Image courtesy."

As mentioned above, the 48-year-old actor has been in Budapest since last month. Arjun decided to spend some time with his family before starting his work. Arjun Rampal has been exploring Budapest with his girlfriend Gabriella Demetriades and son Arik. He has been constantly sharing postcards from Budapest on social media.

Here are some pictures of Arjun Rampal and his family from Budapest:

Arjun Rampal recently sent the Internet into a tizzy with his new platinum blonde look. The actor changed his look for his role in the film Dhaakad. He shared the new look on Instagram and wrote: "A challenging part in a film, needs me to push the envelope."

While Kangana Ranaut plays the lead role of a soldier in Dhaakad, Arjun plays the role of the antagonist. The first schedule of the film was wrapped in February.

Dhaakad was originally scheduled to open in theatres around Diwali 2020 but was delayed due to the COVID-19 pandemic. It is now expected to release in theatres on October 1 this year.