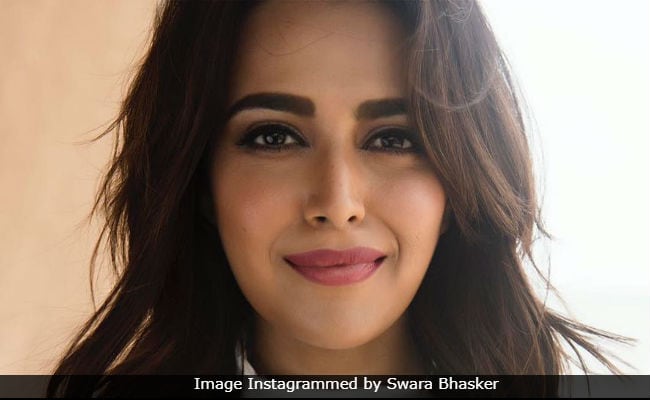 New Delhi: Swara Bhasker is all set to play an English teacher in an upcoming web-series titled Rasbhari, reports news agency IANS. Talking about her character in the show, Swara told news agency IANS: "I am always looking out for roles which challenge me and satisfy my pursuit for creativity. Rasbhari has been an amazing experience. With Shanoo (the character she will be playing), I was able to enjoy a role rarely seen on screen and I truly hope that her story is able to shine a light on today's society." The mystery-thriller revolves around a student and his growing infatuation for his English teacher. Directed by Nikhil Bhat, Rasbhari will also feature Ayushman Saxena, Rashmi Agdekar, Pradyuman Singh, Neelu Kohli and Chitranjan Tripathi.

This is not the first time that Swara Bhasker will be a part of a web-series. The actress has featured in It's Not That Simple and is currently filming for the show's second season, which also features Purab Kohli and Swara's Veere Di Wedding co-star Sumeet Vyas.

The 30-year-old actress was last seen in Veere Di Wedding, co-starring Kareena Kapoor, Sonam Kapoor and Shikha Talsania, which fared well at the box office and has collected over Rs 50 crore