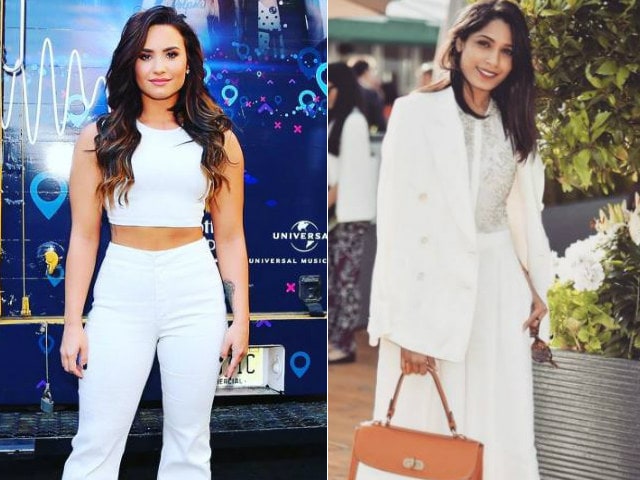 The inaugural Global Citizen Festival India will see participation from international as well as Indian celebrities, starting from British band Coldplay making their debut performance in the country.

Global Citizen India on Monday announced that Demi, Freida, Vidya and Vivek have committed their support to the movement which has already mobilised almost 500,000 young people who have taken over 1.7 million actions for water, sanitation and hygiene, education and gender equality in the seven weeks since it was launched, read a statement.

They will all participate at the Global Citizen Festival India to be held at the MMRDA Grounds, Bandra Kurla Complex in Mumbai.

Promoted
Listen to the latest songs, only on JioSaavn.com
Bhavya Bishnoi, Global Citizen India spokesperson, said: "The support committed by figures such as Demi, Freida, Vidya and Vivek bolsters our message to the youth to take responsibility on Water, Sanitation and Hygiene (WASH), Gender Equality, and Quality Education. As Global Citizens we must all raise our voices to our leaders to be the start of this change".