The cameras caught Anushka and Virat at Delhi airport taking a flight, presumably to Mumbai 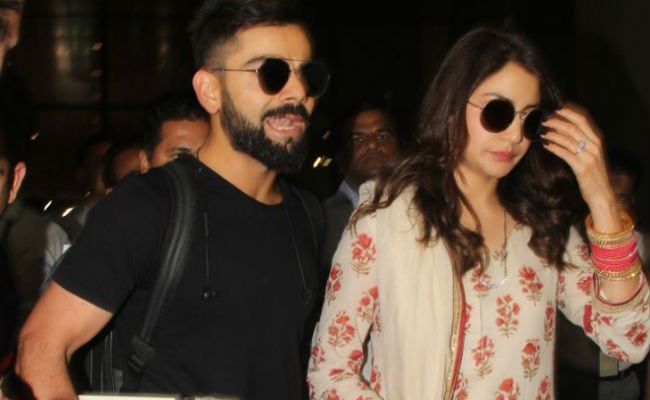 New Delhi: Having seen footage of Anushka Sharma dancing in true blue Punjabi style (a currency note clutched between teeth, mind the jhatka please), we imagine she'd have liked a bit of a lie-in the next day. Lesser mortals certainly wouldn't have made it to the airport looking bright-eyed and bushy-tailed as she and husband Virat Kohli did this morning. The cameras caught Anushka and Virat first at the Delhi airport and then in Mumbai - the newlyweds partied last night away at a grand reception attended by Prime Minister Narendra Modi. Yes, sunglasses were required but there was no party fatigue/hangover in evidence. Anushka looked fresh as a daisy in white and floral-print ensemble. 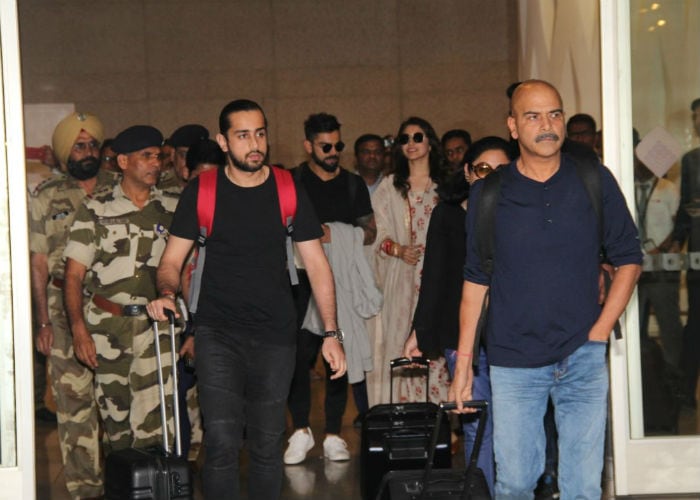 At the Delhi reception - Delhi is Virat's hometown - Anushka was all decked up in a red and gold banarasi saree by Sabyasachi, diamonds at her ears and neck, sindoor in her parting and flowers in hair. 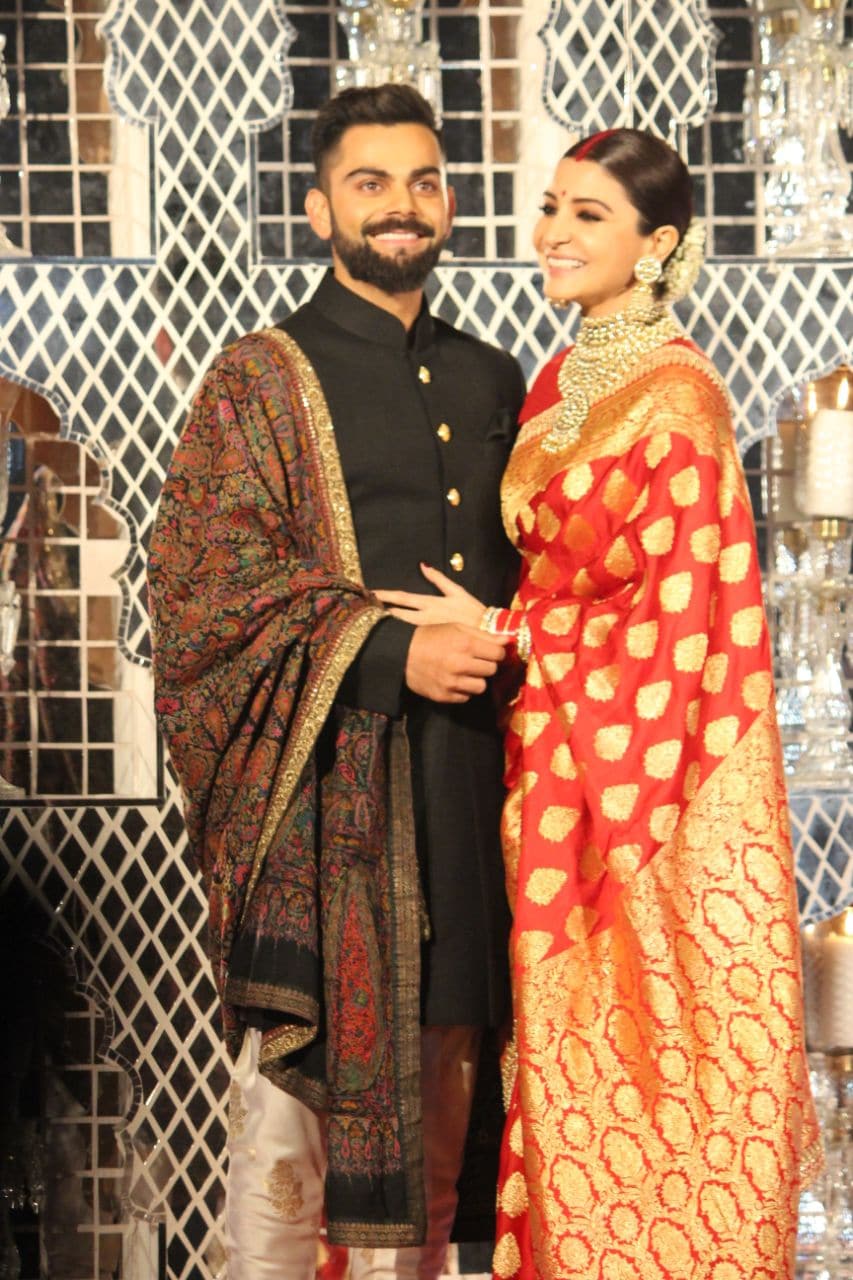 The couple married in Italy on December 11. The ceremony, held at a Tuscan resort amid tight security, was attended by family and close friends - no celebrities were invited or, if they were, did not attend. Festivities also included a ring ceremony and mehendi. Both Anushka and Virat made identical wedding announcements on their Twitter accounts.

The celebrities will probably be at the Mumbai reception - yes, there are two receptions! - on December 26. Likely guests - Shah Rukh Khan and Katrina Kaif, with whom Anushka is making a film. Mumbai is also where the couple will live, with Virat moving cities. After the Mumbai reception, Anushka and Virat will fly to South Africa where they will spend New Year's Eve together. Anushka will then return to resume filming her pending projects, Virat stays on to play a series.
Promoted
Listen to the latest songs, only on JioSaavn.com