Deepika Singh On Being Trolled For Post-Pregnancy Weight: "They Wrote Nasty Things About Me" 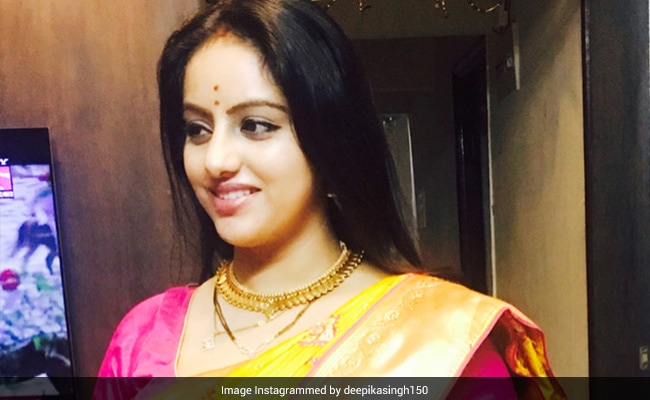 Actress Deepika Singh, who catapulted to fame by playing the role of Sandhya Rathi in TV Show Diya Aur Baati Hum, recounted dealing with social media trolls after the birth of her son Soham in 2017. The actress played the lead role on the show for five years after which she got married and took a break from her job. Speaking about dealing with "nasty comments" about putting on weight post-pregnancy, Deepika told the ETimes, "I have been trolled a lot on social media especially for my weight gain. After giving birth to my son Soham I was 73 kgs and I had randomly shared a picture of mine without thinking much and it was my birthday, they started writing nasty stuff about me. They did not even think twice that it was my birthday. They started saying 'you are such a big actress, you should have waited', 'now you won't get any role', 'nobody will take her in a lead role', 'look at her how bad she is looking'."

After the birth of her son in 2017, Deepika Singh returned as lead in 2019 TV Show Kavach... Maha Shivratri. Deepika told ETimes that she took the comments "very seriously" and she worked hard to lose several kilos and "prove the trolls wrong." She said, "That (negative comments) actually helped me to go to the gym regularly... I took screenshots of all those comments and kept them as a wallpaper on my phone. Whenever I felt lazy these nasty comments helped me to hit the gym. Ultimately, I proved them (the trolls) wrong," she said.