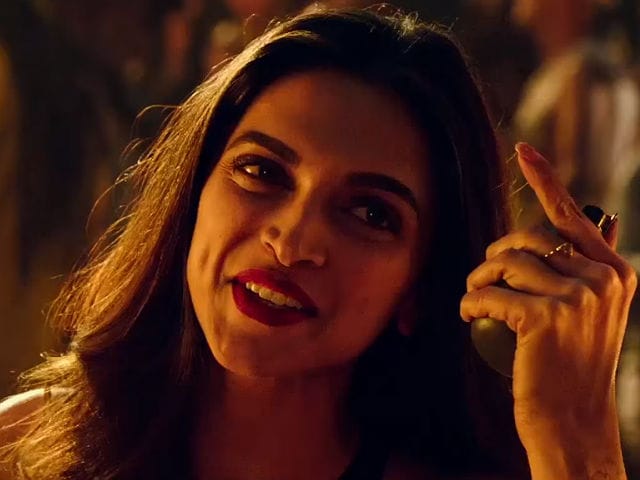 New Delhi: Actress Deepika Padukone is all set for her Hollywood debut with the release of xXx: The Return of Xander Cage co-starring Vin Diesel. Deepika, 30, plays lethal Serena Unger in the action franchise which is releasing in India on January 14, five days ahead of the film's scheduled date in other countries. The Happy New Year star told news agency IANS that she's proud to represent India in Hollywood and that she's sure "the content of the film will entertain all." At an event on Sunday, Deepika told media: "I want to be known as a good person and an actor. That is more important to me. But I feel very proud that I get to represent my country (in Hollywood). I am very excited for this action franchise and also very sure that the content of the film will entertain all," reports IANS.

"There is a lot of action and adventure in the film which we haven't seen in Indian movies before. I am very excited that we will be presenting the movie here," she added.

Deepika had a blink-and-miss role in the film's trailer which released in July, but later Deepika shared more videos and behind-the-scenes footage to assure fans that she has a bigger role to play. The makers also released another trailer of the film in October especially for Indian fans with more of Deepika in it.

Soon after Deepika's January release, actress Priyanka Chopra will show her star power in Dwayne Johnson's Baywatch. The beachside drama film releases in May and the Quantico star plays a negative role in the Seth Gordon-directed film. Talking of her contemporaries, Deepika said: "I wouldn't say it is a competition. But sometimes you have a certain feeling for other people and they don't necessarily feel the same way about you. But that's okay. I am extremely fond of Katrina and Anushka professionally and personally. I wish them all the best," reports IANS. Katrina Kaif and Anushka Sharma recently featured on an episode of filmmaker Karan Johar's chat show Koffee With Karan and Deepika was mentioned.

Promoted
Listen to the latest songs, only on JioSaavn.com
After all this hard work, Deepika told IANS her new resolution is to be able to spend more time with her family. "My resolution for the New Year is to spend maximum time with my family. I miss my family a lot," she said.