Deepika Padukone, Who Once Thought She Would "Never Be Good Enough" To Be A Sanjay Leela Bhansali Muse, Writes An Emotional Post

"What ensued in the years that followed was nothing short of an 'iconic partnership' I believe," wrote Deepika Padukone 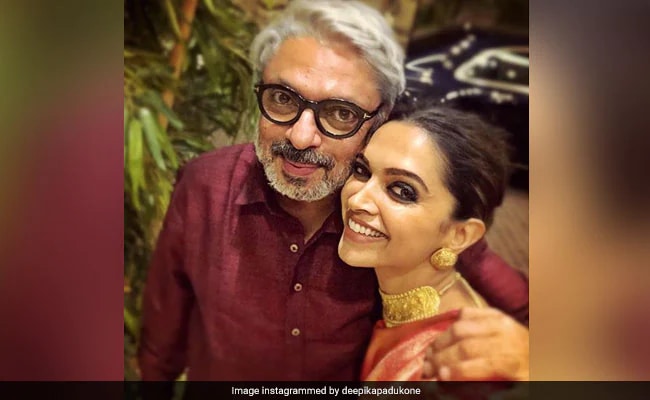 Deepika, who made her Bollywood debut with Om Shanti Om, opposite Shah Rukh Khan, began by writing, "9th November 2007, My debut film Om Shanti Om was pitted against Sanjay Leela Bhansali's Saawariya and as grateful as I was ( and I still am... I cannot think of another female actor who has been launched in the same manner as I was). I also remember thinking to myself at that time that I would never be good enough... To be a Sanjay Leela Bhansali muse."

The actress then wrote about the time when the filmmaker visited her back in 2012, when she was sick and bed-written. Sanjay Leela Bhansali wanted to cast Deepika in the 2013 film Goliyon Ki Rasleela Ram-Leela. She wrote, "Fast forward to 2012, I was extremely unwell and laid up in bed, I received a call from my management saying, Sanjay Leela Bhansali wants to meet you." I said, "What?" They said, "Yes! He is doing a film and would really like to meet you." "I would do cartwheels to go and see him right away but I can't get out of bed right now," I said. The next thing I know, he was on his way to see me."

Over the years, the duo gave the Hindi film cinema "iconic characters." Deepika Padukone said that she will always be thankful to him for that. "What ensued in the years that followed was nothing short of an 'iconic partnership' I believe. And together, we've created 'iconic characters.' Characters that have been etched in the minds and hearts of people forever," she wrote.

On the personal front too, Sanjay Leela Bhansali's films turned out to be a blessing for Deepika, who met her husband Ranveeer Singh on the sets of Goliyon Ki Rasleela Ram-Leela. The duo co-starred in two more films together, both directed by Sanjay Leela Bhansali. "What I cherish even more though, is the influence that our collaboration has had on me personally. I say this without a shadow of doubt that I wouldn't be half the person I am today if it wasn't for Sanjay Leela Bhansali," read an excerpt from Deepika Padukone's post.

The star signed off her note with best wishes for Sanjay Leela Bhansali and she wrote: As he embarks on the next phase of the most incredible journey, I look forward to creating many more memorable and iconic characters together, but more importantly, I wish him good health, peace of mind and happiness.. Forever ." 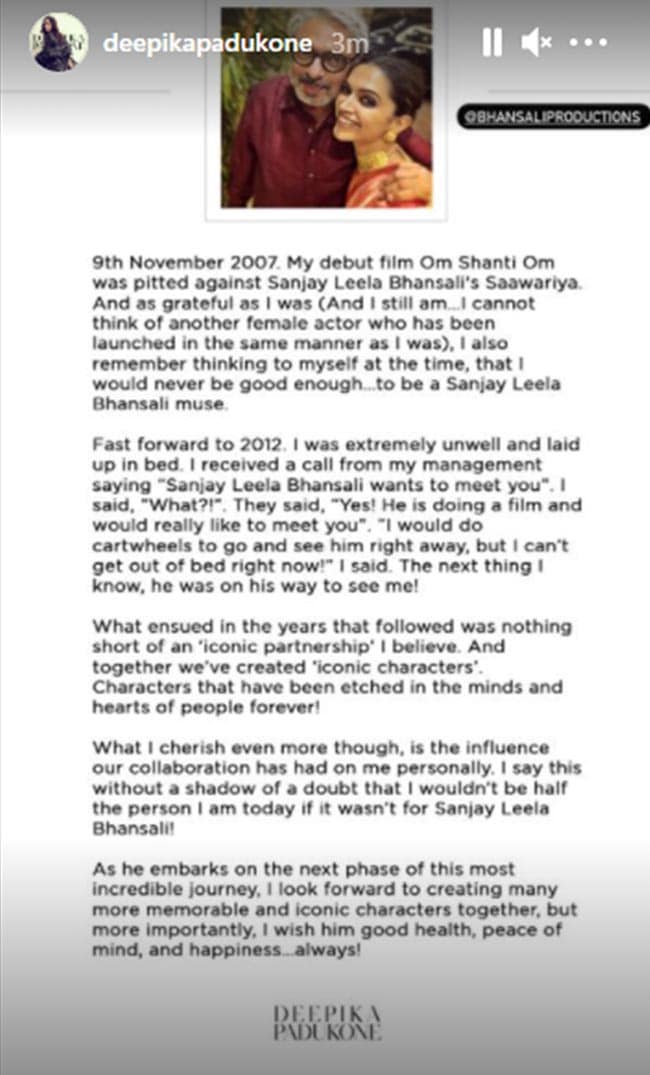