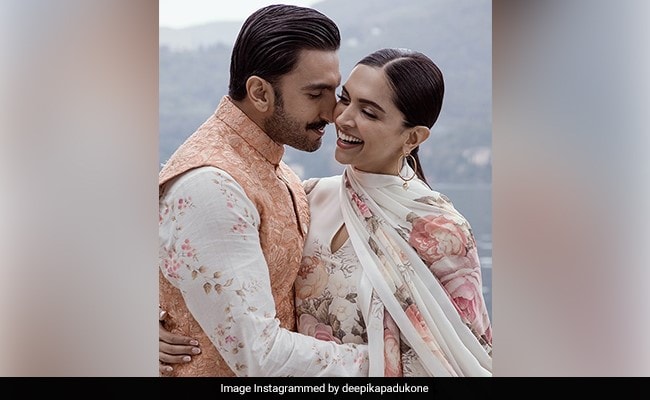 One of India's biggest stars, Deepika Padukone will grace the Cannes Film Festival as a member of the jury, this year. The actress-producer has attended the prestigious film festival several times in the past, in the capacity of an ambassador of the beauty brand L'Oreal. The development was shared on Tuesday by the official Instagram page of the Cannes Film Festival and was reposted by Deepika Padukone on her page as well. In addition to a brief bio of the multi-hyphenate, the social media update also features images of the members of the jury. In her caption, Deepika dropped just a namaste emoji. Replying to the post, actor Ranveer Singh, Deepika's husband and biggest cheerleader, replied by saying, “Wah” with a clap emoji.

The jury for the 75th edition of the film festival is headed by French actor Vincent Lindon, who won Best Actor at Cannes in 2015. See the post here:

The brief profile of Deepika Padukone, as shared by the official website of the Cannes Film Festival, says, “Indian Actress, producer, philanthropist, and entrepreneur Deepika Padukone, is a huge star in her country...With over 30 feature films to her credit, she made her English language film debut as the female lead in xXx: The Return of Xander Cage, co-starring with Vin Diesel. She is also the principal of Ka Productions, the production company behind Chhapaak and ‘83, in which she also starred, as well as the upcoming film The Intern. Credits include Gehraiyaan and Padmaavat, as well as the award-winning and critically acclaimed film Piku.”

Touching upon her efforts in the field of mental health, the profile adds, “In 2015, she set up The Live Love Laugh Foundation, whose programs and initiatives aim to destigmatize mental illness and raise awareness about the importance of mental health. In 2018, Time Magazine named her one of the 100 Most Influential People in the World.”

Recently, when Deepika Padukone attended the 59th Venice Biennale, she shared pictures that broke the Internet. The actress was part of a dinner hosted by French luxury brand Louis Vuitton and Ranveer Singh only had one reaction to the pictures from the event: “Wow.” Did someone say couple goals, yet?

With her induction into the Cannes jury, Deepika Padukone has become a part of a select group of Indian stalwarts who served in the same role in the past, including Sharmila Tagore, Nandita Das, Aishwarya Rai Bachchan, and Vidya Balan.