Deepika Padukone Has This To Say About Ranveer Singh's New Look 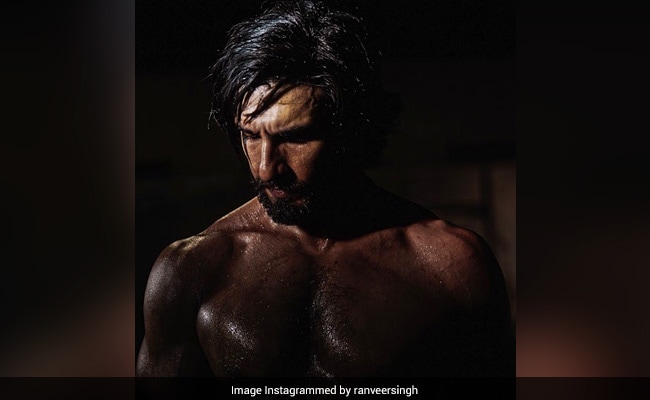 We are all hearts for Ranveer Singh's  new look but this the story of how Deepika Padukone reacted to her husband's latest Instagram post. On Monday, Ranveer shared a shirtless picture of himself on his Instagram profile and he captioned it: "Down and dirty. Monday motivation." Deepika Padukone dropped two comments on Ranveer's post. In one of the comments, she wrote: "B.I.G." In the second one, Deepika commented: "No frowning," adding a heart emoji along with it. Deepika, who commented on Ranveer's post after a while, started trending for it instantly.

This is what Deepika Padukone commented on Ranveer's post: 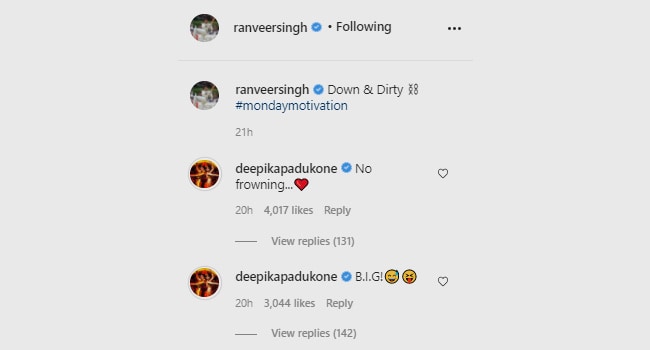 Deepika Padukone and Ranveer Singh got married in a traditional South Indian ceremony - per Konkani rituals in 2018. They also had a North Indian wedding. The couple had an intimate destination wedding in Italy's Lake Como with only close friends and family in attendance.

Deepika Padukone was last seen in Chhapaak, directed by Meghna Gulzar. The actress has signed the Hindi remake of the 2015 film The Intern, which was meant to star late actor Rishi Kapoor. The revised cast of the film has not been announced as of now. The actress has also signed a film opposite Prabhas, which will also feature Amitabh Bachchan.