Deepika Padukone Doesn't Have Films For 2016. Here's Why 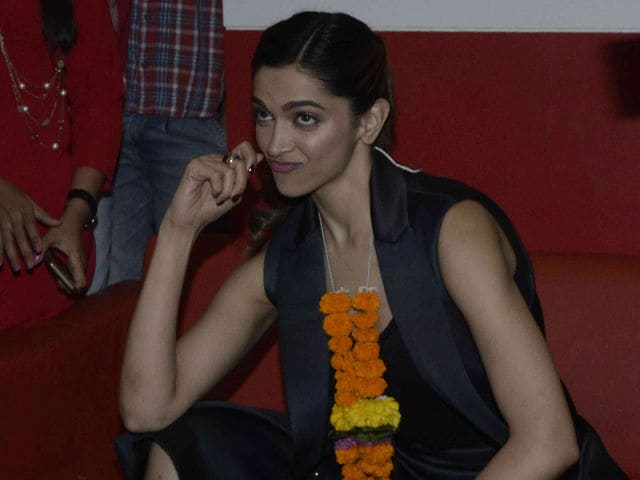 Mumbai: After a busy 2015, Deepika Padukone says that is yet to sign a film for the next year as the actress has not found anything exciting so far.

"Expect nothing because I have signed no films for 2016," Deepika told PTI in an interview.

When asked about not having any film despite being the top actress at the moment, she said, "I have reached a stage where I don't have to do work to keep myself busy. I don't want to do films just for the heck of making announcements. I don't need to do a film to keep my calendar busy. I have read a lot of scripts, but I have not been excited about anything that I have read. I am okay with it."

"The most challenging part is doing three films simultaneously. The films, the characters and the directors are different. It is not the ideal way of working as I would like to do one film at a time and dedicate the time to that film," she said.

At the same time, the Piku actress said that she will not leave any interesting projects. "I am not going to let go films that I am excited about. But if that happens, then you have to balance that out. I am happy with the way this year has gone. I am very proud of Piku and Tamasha and I am topping it up with Bajirao Mastani," she said. (Also Read: Deepika Padukone Explains Why Piku is a 'Special' Film For Her)

In the past, Deepika also rejected some plum offers, including Dhoom: 3, Shuddhi among others.