Deepika Padukone And Siddhant Chaturvedi To Star In Shakun Batra's Next: Reports

"Apart from Deepika and Siddhant, the film will feature two more prominent actors," revealed the source 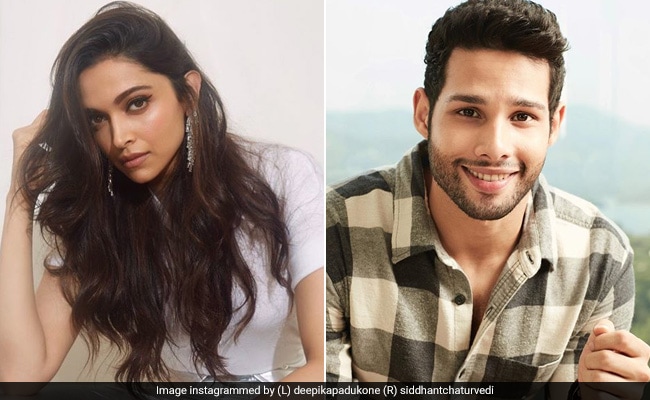 Deepika Padukone will reportedly share screen space with her actor husband Ranveer Singh's Gully Boy co-star Siddhant Chaturvedi in director Shakun Batra's next film, stated a report in Mumbai Mirror. The yet-to-be-titled film will reportedly feature Deepika and Siddhant as a couple. Talking about the film's cast, a source close to the project told the publication: "Shakun wanted to cast a fresh face alongside Deepika and he felt Siddhant fit the bill." It has also been reported that other than Deepika Padukone and Siddhant Chaturvedi, the film will feature two more actors in the lead roles. "Apart from Deepika and Siddhant, the film will feature two more prominent actors," revealed the source, stated Mumbai Mirror.

The film by Shakun Batra will reportedly showcase the stories of two couples, one of which will be played by Deepika and Siddhant. It will reportedly go on floors in March next year.

Talking about how the makers finalised Siddhant for the film, the source stated that the credit goes to his role as MC Sher in the 2019 film Gully Boy. "Siddhant's performance in Gully Boy won over the audience and was instrumental in getting him Shakun Batra's film," said the source.

On the work front, after Gully Boy, Siddhant Chaturvedi dubbed the Hindi version of Men in Black: International. Deepika Padukone, on the other hand, will next be seen in a couple of films, including Kabir Singh's 83 alongside Ranveer Singh, Meghna Gulzar's Chhapaak, in which she will play the role of acid attack survivor Laxmi Agarwal, and Madhu Mantena's next, which is a retelling of the epic Mahabharata. She will play Draupadi in the film.