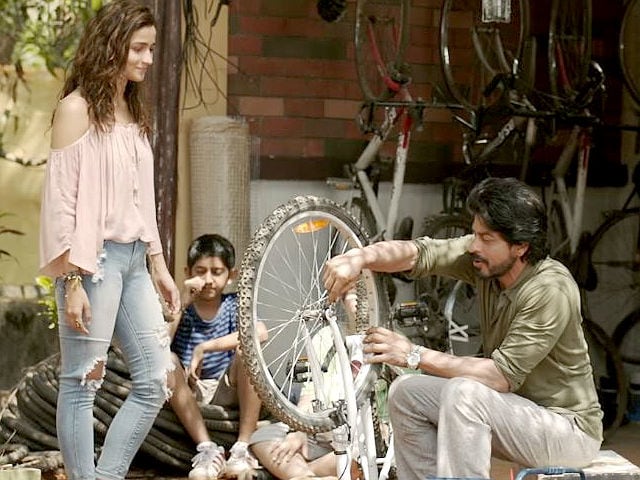 New Delhi: We think Gauri Shinde's decision to reveal about her film Dear Zindagi in multiple teasers instead of a trailer is too good. Dear Zindagi Take 2, titled Always Recycle, is perfect to clear off Monday blues.

In the snippet we learn that Kiara (Alia Bhatt), a filmmaker, cannot crack good jokes and her therapist Jahangir Khan (Shah Rukh) helps her recycle the jokes because he believes "When your jokes are beyond repair, recycle them."

The slice-of-life drama looks endearing and Alia's rapport with Shah Rukh instills us with positivity. Add to that, the film's delightful music composed by Amit Trivedi.


Earlier on Monday, the maker released a new poster as precursor to the second take.

Take time out and enjoy the small joys of life. Presenting the new poster. #DearZindagiTake2#ComingSoon@aliaa08@iamsrk@gaurispic.twitter.com/EvliL7dzrZ

Promoted
Listen to the latest songs, only on JioSaavn.com
Dear Zindagi, directed by Gauri Shinde, will release on November 25. The film is co-produced by Gauri's Hope productions, Karan Johar's Dharma Productions and Gauri Khan via Red Chillies Entertainment.