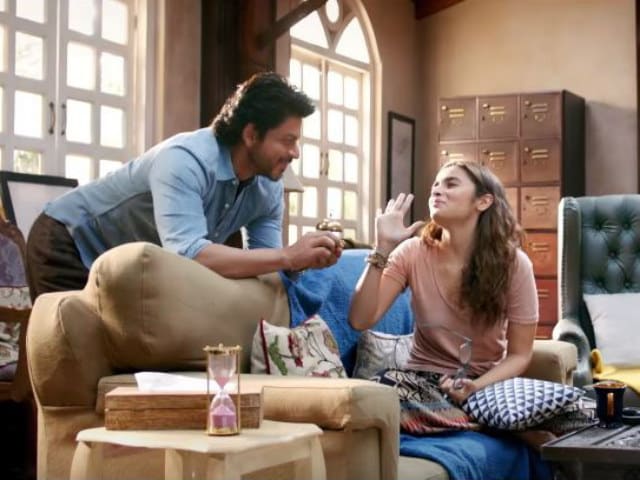 New Delhi: This Wednesday, you can begin your day by singing Ae Zindagi Gale Laga Le, the new song from Alia Bhatt and Shah Rukh Khan's upcoming film Dear Zindagi. The song is a reworked version of Ilaiyaraaja's composition from 1983 movie Sadma, starring Kamal Haasan and Sridevi. Originally composed by Ilaiyaraaja and with lyrics by Gulzar, courtesy for the renewed Dear Zindagi version of the song is to be credited to Amit Trivedi. The wait for Shah Rukh and Alia Bhat's much-anticipated Dear Zindagi will be over this Friday. Gauri Shinde brings Shah Rukh, 51 and Alia, 23 together on screen for the first time. Ae Zindagi Gale Laga Le is the third song from the film to be released.

We know Shah Rukh plays a counsellor of sorts to Alia's character in the film. But the song has somewhat left us wondering what exactly is the equation between life-coach Jahangir or Jug and aspiring filmmaker Kaira. The song samples a lot of Jug-Kaira moments which have not been seen so far, and are indicative of Alia's character's growing fondness for Shah Rukh's.

The song beautifully documents the various moods of Kaira, who battles life problems and relationship issues in the film. Kaira mostly appears melancholy, owing to heartbreak, except when the times she is with Jug. The song also features Kunal Kapoor and Angad Bedi, both of who are cast opposite Alia. Dear Zindagi also stars Aditya Roy Kapur, who has not made an appearance in any of the teasers and songs, and continues to be missing in Ae Zindagi Gale Laga Le.


Here are the other two songs - Just Go To Hell Dil and Love You, Zindagi - from the film:

Dear Zindagi, why is Friday so far?