Radhika Apte has something to say about trolls: "Do people expect me to wear a sari on a beach?" 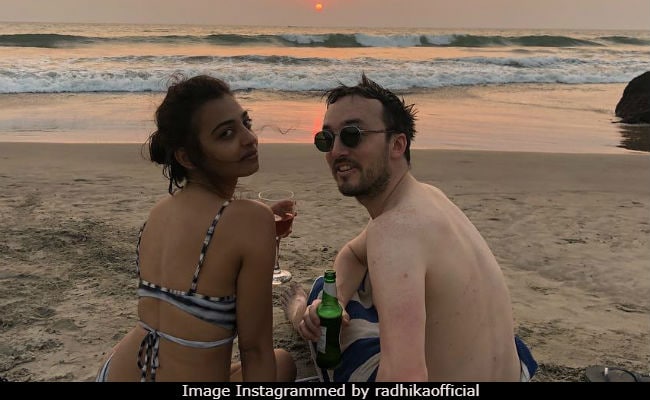 New Delhi: Actress Radhika Apte is a tough one to troll. In a recent interview, the actress was asked if online trolling bothers her and was enquired about how she deals with them, when Radhika told DNA: "I don't know them, so I don't deal with them." Spoken like a boss lady, right? Last week, Radhika became the subject of massive trolling, after she Instagrammed a photo of herself on the beach, in which she can be seen enjoying the sunset in a bikini. Soon after, haters filled up the comment's section with vile remarks which are too indecent to be reproduced here - some even wished for an option to 'dislike' the photo.

Radhika, however, told DNA that she was completely unaware of the trolling till she was notified about it. "I didn't even know I was being trolled till someone told me. It's ridiculous. Do people expect me to wear a sari on a beach?," DNA quoted the actress as saying.

Promoted
Listen to the latest songs, only on JioSaavn.com
It was in 2016 when certain nude scenes from Parched, featuring Radhika Apte and Adil Hussain, leaked online but Radhika was unperturbed: "I don't look at it and I don't care. I do my work and I wait for the film to release. These things don't bother me at all," she told news agency IANS. The actress has also spoken out against body-shaming and jokes on skin colour: "I think jokes on colour or body shaming shouldn't be made. It's not funny to crack such jokes. Do you crack a joke on fair-skinned (people)? No right? So don't do it. There has to be a limit," Radhika had told PTI in a previous interview.

Radhika Apte has Bollywood movies like Parched, Manjhi - The Mountain Man, The Waiting Room and Shor In The City on her resume. She's also featured in Bengali films like Antaheen and Rupkatha Noy. She's also shared screen space with Rajinikanth in the 2016 gangster movie Kabali. Akshay Kumar's Pad Man remains her last Bollywood project. Baazaar and Bhavesh Joshi are just two of her upcoming movies.