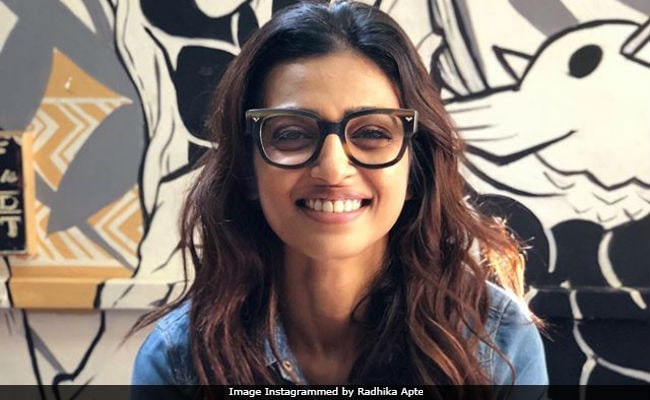 New Delhi: Radhika Apte, who plays Akshay Kumar's wife in PadMan, has said that she already knew everything about periods even before having them thanks to her liberal upbringing. Speaking of the time when she had her first period, the 32-year-old actor told mid-day: "I remember the day my periods actually started; I sort of figured that they've started. So, I went to the bathroom in the middle of a class. I remember feeling very proud the day I got my periods." Radhika plays a naive rural woman in PadMan, who doesn't approve of husband's idea of making sanitary napkins for women.

Despite being brought up in a liberal family, Radhika couldn't escape being subjected to the orthodox practices towards menstruation. The Parched actress recalled an incident which left her feeling very offended. "Once, I went to a friend's house while I was menstruating, I remember her mother didn't let me come into the kitchen and I was very offended because I've never been told that," mid-day quoted her as saying.

She also narrated an incident involving her own brother. "My brother was quite young and when I came home I had a blood stain on my <i>kurta</i>. My mum told me, 'Radhika, you have a stain' and I said, 'Mum, I'm so tired now, I'll wash it later on.' At the same time, my younger brother, who was right there was very embarrassed that we were discussing this. I told him that, 'Start studying about it because you're going to be a doctor soon," she told mid-day.

Promoted
Listen to the latest songs, only on JioSaavn.com
Radhika, who is known for playing unconventional roles like Ahalya in Sujoy Ghosh's short film Ahalya, Rekha in That Day After Everyday, Shaheen in The Calling, said that she only got PadMan because director R Balki found it challenging for her. She told mid-day, "When I asked him why he wanted me to play this character he said that you are the exact opposite of the character and that is why I want you to play this part because that would be challenging for you."