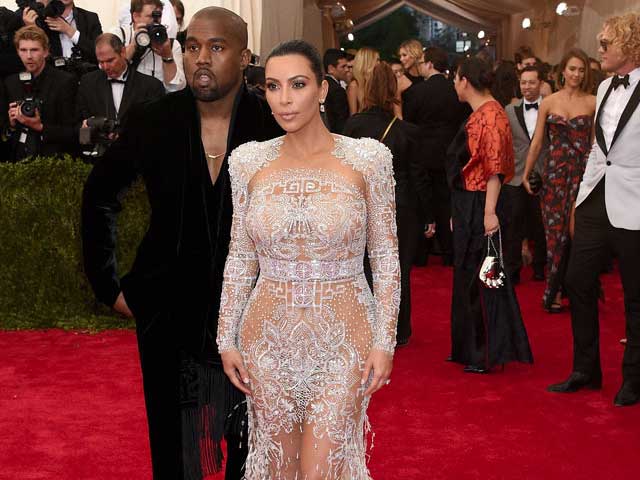 Kim Kardashian and Kanye West at the Met Ball in New York on May 4. Image courtesy: AFP

Kim's second pregnancy has also been received with a measure of online mirth. Twitter immediately wanted to know what the new baby would be called:

Kim Kardashian is pregnant again. I can't wait to hear this kids name.

This obvious choice was offered up instantly:

Kim Kardashian's next baby's name has been revealed... pic.twitter.com/sa60zUiuLO

Indeed, if baby is not named South West, there will be deep dismay:

There will also be deep dismay if baby IS named South:

Kim Kardashian expecting baby #2. For the love of all things holy! Please do not name that childSouth

However, is South doesn't suit, Kimye could choose to go in a different direction:

Kim Kardashian is pregnant again. Brace yourselves for East West.

Also a potential name for a little West: