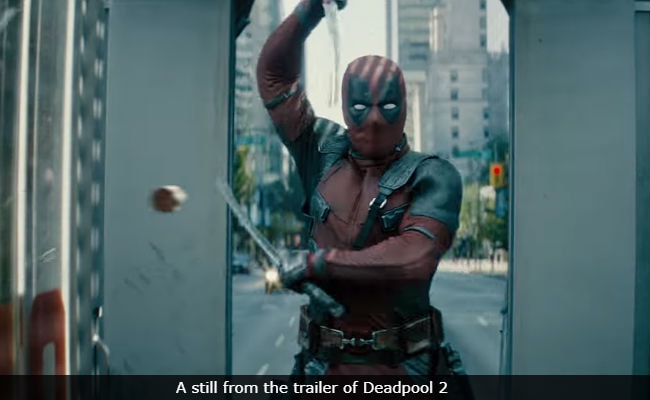 Mumbai: The new American superhero film Deadpool 2 is out. Deadpool is not your conventional superhero who would do the right things and save the world. In fact, these films are not for the faint hearted. He abuses, he is vulgar and is far from the perfect. The first Deadpool (2016) was a huge hit, and the buzz around the latest installment makes it clear that even after all that's wrong with this character, his popularity is only rising. Here are six takeaways from the anti-hero film, Deadpool 2.

1) Is Deadpool A Hero Or A Villain?

Conventional superheroes are all good and positive. They do the right things, the world relies on them to get rid of the bad guys, and that's all they do, wear some kind of a suit and get going. Deadpool breaks superhero tradition and adds an excellent addition to the superhero list. Ryan Reynolds and writers Rhett Reese and Paul Wernick have been a part of the franchise since the first film and they know exactly where to place Deadpool. In one of the dialogues in this latest installment, Deadpool asks Cable, "So dark. You sure you are not from the DC Universe?" Deadpool is neither politically correct nor correct most of the times, and that's one of the reasons why kids should be kept far, far away from Deadpool films. He is a superhero for the grownups.

Ryan Reynolds stars in Deadpool and Deadpool 2, and he is also the co-writer and the producer of the latest installment. That's one of the reasons why he takes the character ahead seamlessly. He knew exactly what fans would expect in a sequel. He is funny, has great comic timing and has some hilarious one-liners that will have you in splits. Deadpool is a funny guy, and after watching the film, it's clear that currently, no one can play this character better than Reynolds. He raises the bar from the first film, but sadly the story doesn't. There has been a lot of effort in maintaining the image of the character but not as much on offering a gripping storyline. Surely a Deadpool film is not an easy one to write but then who said success comes easy? Actors will eventually move on to doing other films but sticking to one actor for at least three films is always a good idea.

Avengers: Infinity War had a lot of action, and in case you thought you had seen it all, Deadpool changes the action game. Deadpool 2 is not for the fainthearted. There is a lot of blood and gore as expected from the sequel. This anti-hero is violent, and the director makes the best use of that image to add some crazy graphic and eye-popping scenes that will make you want to cover your eyes. When he is not tearing people apart, he is cracking hilarious jokes and that's a refreshing change of scene after watching something absurdly violent.

One of the reasons fans love Tony Stark / Ironman is because of his attitude and cockiness. And Roberty Downey Jr has outperformed himself and excelled in creating that image of Stark. His arrogance and ego is a part of the package. Deadpool is as confident in his approach, but he makes Stark look like an angel. He is downright vulgar and has absolutely no filter. He is an unapologetically foul mouth. At the theatres in India, quite a few words are muted for obvious reasons. Fans are enjoying this motor-mouth character because that's precisely what they expected after watching the first film. No one is complaining.

5) Will an Indian actor every join the Hollywood superhero club?

Since superheroes come by the dozen nowadays it makes me wonder if an Indian actor will ever be cast as a Hollywood superhero or any of your existing superheroes join the big boys club. Our best offering would undoubtedly be Krrish (Hrithik Roshan). Rakesh Roshan and son Hrithik Roshan have successfully created their own superhero franchise in India. The other options are Ra-One (which didn't have many takers), the popular Shaktimaan and the less explored Doga from Raj Comics, Nagraj, Inspector Steal, and Devi. Or will Indian actors just be restricted to cameos in big-ticket superhero films like Irrfan Khan in Spiderman?

Promoted
Listen to the latest songs, only on JioSaavn.com
6) New Director - New Ideas

When Tim Miller was signed to direct the first Deadpool film, everyone wondered if he is a good option. Before that, he had successfully designed the title sequences of The Girl With The Dragon Tattoo and Thor: The Dark World. He surprised everyone and Deadpool got a thumbs-up from critics' world over, and he became hot property in Hollywood. There is a lot of talk about why Miller left the Deadpool franchise, and the sequel was given to John Wick and Atomic Blonde director David Leitch. Going by the reactions and the reviews, changing the director didn't take away anything from the franchise but added quite a bit. Maybe, it's the pressure of raising the bar that makes them put in their best and come up with new ideas. This has worked in many big-ticket films in the recent past. The 2015 Avengers: Age of Ultron was directed by Joss Whedon and with Avengers: Infinity War directors Anthony Russo and Joe Russo made the new film bigger and better.
Comments
deadpool 2ryan reynolds deadpooldeadpool 2 highlights