Days Before Release, Fanney Khan In Court Over Distribution Rights

Vashu Bhagnani claims that he has distribution rights for Fanney Khan in India, which T-Series denies 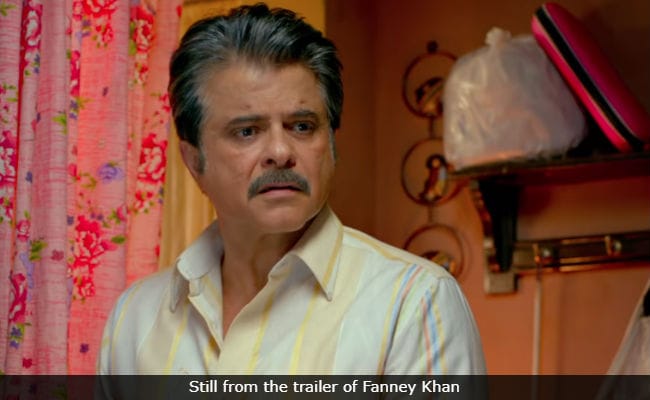 Fanney Khan, starring Anil Kapoor and Aishwarya Rai Bachchan, appears to have hit a roadblock after producer Vashu Bhagnani on Monday moved the Supreme Court against the film's release on August 3. In his petition, Vashu Bhagnani alleged that the film's distribution rights (for India) was given to his company Pooja Entertainment & Films Ltd, for which he paid Rs 10 crore to the film's producers. However, the deal has not been honoured. Mr Bhagnani had earlier filed two separate petitions in the Delhi and Bombay High Courts and on July 19, the Delhi High Court instructed Mr Bhagnani to not interfere with the film's release. The Supreme Court has agreed to hear Mr Bhagnani's case on August 1.

Vashu Bhagnani claims his company had signed a multi-project distribution deal with Prernaa Arora of KriArj Entertainment, who was earlier co-producing Fanney Khan with Bhushan Kumar's T-Series. She dropped the film from her projects list after a few months. A T-Series lawyer said that Prernaa Arora's company was prohibited from signing any contract with third party without a written consent from T-Series. "Therefore, any agreement that KriArj may have entered into with Vashu ji's companies, are void in law and cannot supersede our client's rights," the lawyer told DNA earlier this month.

In addition, Mr Bhagnani has filed a case against KriArj for violating their deal and his lawyer told mid-day: "KirArj has sold the India theatrical distribution (rights) to my client for Rs 10 crore. Rs 5.5 crore was to be paid when signing the agreement on December 16, 2017, and the rest, a week before the release (of the film). Since Prernaa needed money, my client paid her R8.5 crore in advance. Now, T-Series tells us we don't have rights to distribute the film."

Fanney Khan is directed by Atul Manjrekar and it also stars Rajkummar Rao. Filmmaker Rakeysh Omprakash Mehra is also one of the film's producers.