Dabangg 3: Salman Khan Who? Chulbul Pandey Will Promote His Own Film

"Hello! My name is Chulbul Pandey. Nice to meet you," wrote Salman Khan 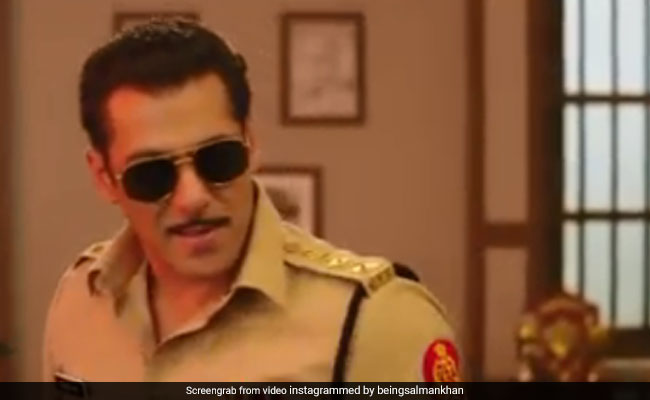 Move over Salman Khan, Chulbul Pandey is here to promote Dabangg 3 and he surely knows how to do it in style. In case you are wondering what we are talking about, we are referring to the latest promotional video of Dabangg 3 shared by the 53-year-old actor on social media, on Tuesday afternoon. In the video, Salman (we mean Chulbul Pandey) reveals that he will be carrying out the promotional duties of Dabangg 3. "Hello! My name is Chulbul Pandey. Nice to meet you," read the caption on the video. The video has over 13 lakh likes on Instagram.

BTW, did we tell you that Salman Khan also changed his name on social media. The actor's official Twitter and Instagram handles are now named Chulbul Pandey. Here's a screenshot: 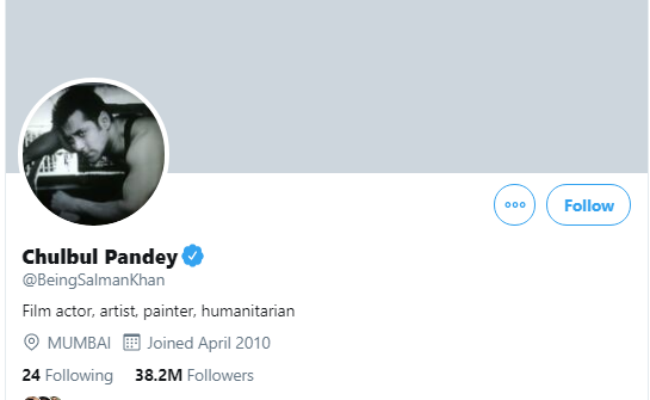 Last month, Salman Khan shared a BTS picture from the sets of Dabangg 3 along with his co-stars Saiee Manjrekar and he captioned it: "On location, Dabangg 3." This is what we are referring to:

Dabangg 3 is the third installment of the super hit Dabangg series. The film will be directed by Prabhu Deva. Just like its previous renditions, Dabangg 3 will also be produced by Salman's brother Arbaaz Khan, who played the role of Makhanchan Pandey in the Dabangg series. Salman and Sonakshi Sinha have reprised their roles as Chulbul Pandey and Rajjo, respectively while Saiee Manjrekar and Sudeep are the latest addition to the Dabangg family.

Dabangg 3 will release on December 20 this year.

Ashmit Patel And Maheck Chahal Call Off Wedding: 'I Left Him, Had To Take The Step'