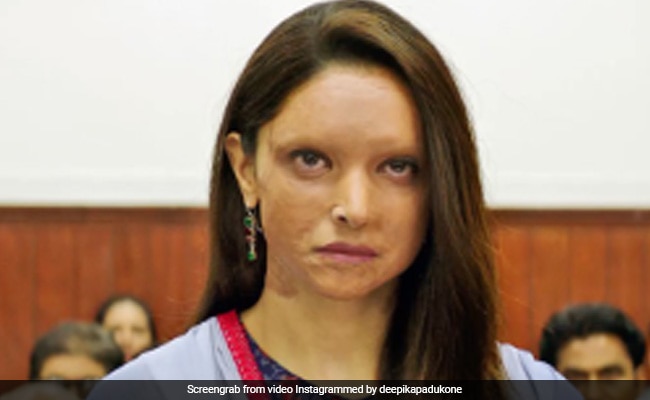 The Delhi High Court on Saturday restrained the makers of Chhapaak, which features Deepika Padukone in the lead role, from releasing without giving credit to the victim's lawyer Aparna Bhat who represented real life acid attack survivor Lakshmi Agarwal in her legal battle. Justice Pratibha M. Singh directed that the restraint will be effective from January 15 for multiplexes and live streaming apps while for other platforms it would be effective from January 17. The Fox Star Studios had approached the high court against the trial court order directing them to give credits to the contributions of Advocate Aparna Bhat as the lawyer of the real life acid attack survivor.

The makers during the hearing on Friday told the high court that Bhat had no legal right, statutory or contractual, to seek acknowledgement for her contribution in the film in the form of consultation, inputs and documents.

Opposing the claims made by the counsel for the filmmakers, senior advocate Sanjay Parikh said that the conduct of the filmmakers amounted to breach of trust and her claim seeking acknowledgement in the film was not only based on promissory estoppel but "something higher."

Parikh went on to add that Bhat offered her assistance to the making of the film pro bono, pursuant to which substantial changes were made to the film.

A Delhi court had on Thursday directed the makers of Chhapaak to give due credits to advocate Aparna Bhat for her contribution in the making of the film.

Additional Senior Civil Judge Dr. Pankaj Sharma directed director Meghna Gulzar and the makers of the film to mention the advocate's name in the credit roll: "This court is of the considered view that facts are indicative that the pique of the plaintiff for interim injunction is well-founded and it is necessary that her contribution be acknowledged by providing the actual footage and the images."