In his selfie, Rahul Khanna sports a cheeky expression, just in sync with his caption 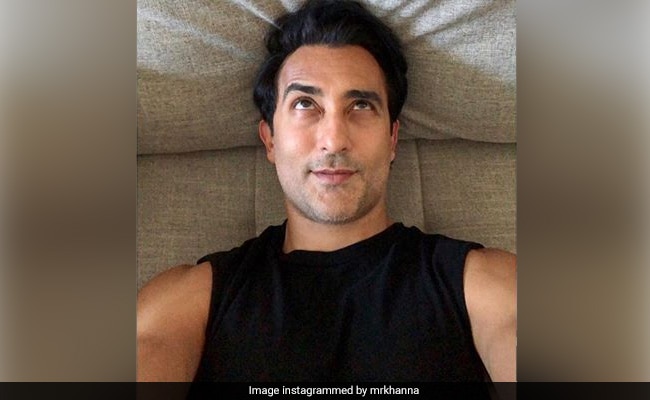 Rahul Khanna, who often shares snippets of his life in self quarantine, posted a glimpse of his Wednesday mood on Instagram. Rahul Khanna, who is the undisputed king of super cool selfies, added one more to the list. This time, he sports a cheeky expression, just in sync with his caption. "Antler glad to see me, deer? XO, Sofa Stag," Rahul captioned his photo, clearly clicked while lazing on sofa. He let the stag emoticon do the rest of the talking. Like most of Rahul Khanna's posts, the new one too was accompanied by a plea to help the needy. Addressing his followers and tagging a few NGOs, Mr Khanna added: "If you're lucky enough to have a safe place to shelter and are able to help someone who doesn't, here are some good places to start."

Oh, deer. Rahul Khanna, stop being such a couch potato, ya.

Antler glad to see me, deer? XO, Sofa Stag 🦌 If you're lucky enough to have a safe place to shelter & are able to help someone who doesn't, here are some good places to start: @cry_india @wsdindia @naz_foundation

Rahul Khanna, who loves vacations, revealed his 2020 "summer holiday destination" to be his living room with this post. LOL. We can relate. "Cover up," Malaika Arora had commented.

Summer holiday destination: living room 🏖 #saferathome If you're fortunate enough to have your health & shelter and might be looking to help those who don't, these guys are doing some great work: @cry_india @naz_foundation

Rahul Khanna made his Bollywood debut with Deepa Mehta's 1947 Earth, which got him the Filmfare Best Male Debut Award. He has also starred in films such as The Emperor's Club, Dil Kabaddi, Love Aaj Kal and Wake Up Sid. In films, he was last seen in 2013's Fire Flies. On TV, Rahul Khanna has been part of shows such as Netflix's Leila, The Americans and the Hindi remake of the popular TV series 24.