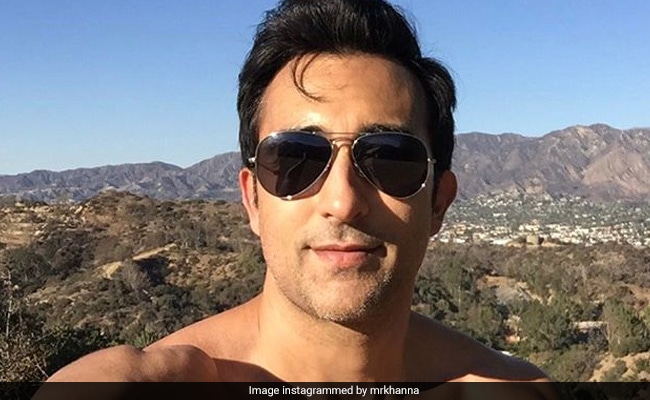 Hello there, Rahul Khanna! The 48-year-old actor will not have his plans for summer 2020 ruined. He did travel to his summer holiday destination but all within the confines of his home. LOL. Rahul Khanna, who used to fill up his Instagram feed with photos of him chilling in pools and sun bathing on beach or travelling with his furry friends, has zeroed in on his summer vacation spot and shared a selfie from there on Friday. TGIF feels, you know. Before you jump to conclusions, Rahul Khanna's 2020 "summer holiday destination" is actually his living room. We can relate, totally. * Sighs * Meanwhile, referring to Mr Khanna's shirtless selfie, Malaika Arora commented: "Cover up, sir."

Summer holiday destination: living room 🏖 #saferathome If you're fortunate enough to have your health & shelter and might be looking to help those who don't, these guys are doing some great work: @cry_india @naz_foundation

When practising social distancing, here's a look at Rahul Khanna's "outfit of the day/ week/ season."

Today's look! Outfit of the day/ week/ season... If you're fortunate enough to have a roof to shelter-in-place under and are able to help someone who doesn't, here's a great place to start: @cry_india #ootd

Dreaming of the sea, Rahul Khanna took a trip down memory lane:

Someday we'll be, Once again, By the sea! (Until then, basking in the knowledge that I'm #saferathome ) #stayhome #staysafe #flashbackfriday

Rahul Khanna made his Bollywood debut with Deepa Mehta's 1947 Earth, which got him the Filmfare Best Male Debut Award. He has also starred in films such as The Emperor's Club, Dil Kabaddi, Love Aaj Kal, Wake Up Sid and Fire Flies, which remains his last film so far. On TV, Rahul Khanna has been part of shows such as Netflix's Leila, The Americans and the Hindi remake of the popular TV series 24.