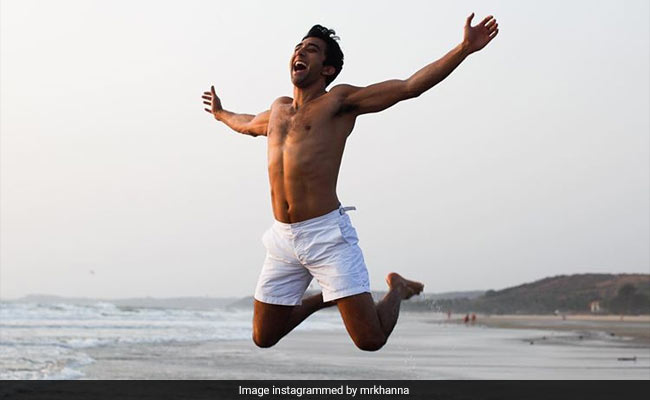 Rahul Khanna shared an interesting post this Friday. Instagramming a photo of himself, in which he's been captured mid-way into the air while jumping, Rahul Khanna reminded us of the need for social distancing during the coronavirus outbreak. "Striving to set soaring social distancing standards," he wrote and added: "Wear a mask" as a disclaimer. Rahul cannot be seen wearing a mask in the photo and that's because it's a flashback memory. As usual, Rahul Khanna is shirtless in the photo and we can't even... Meanwhile, the inevitable thing happened - Malaika Arora dropped a comment and hilariously accused Rahul Khanna of being a fan of social distancing from way before it was adopted as a precautionary measure.

"You were social distancing even when we weren't," wrote Malaika while Rahul Khanna, known for his cheeky responses, agreed with Malaika and said: "Guilty as charged." Take a look at their Instagram exchange here: 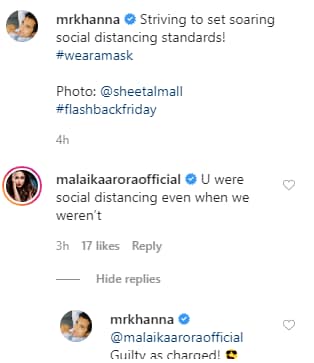 Rahul and Malaika keep having these Instagram exchanges every now and then. Last year, the Internet loved Rahul Khanna's comment on a dramatic photoshoot click of Malaika. "I wouldn't want to be in charge of ironing that!" he wrote and here's the photo we are talking about.

Meanwhile, Fridays often call for flashback memories on Rahul's Instagram. For one such Flashback Friday post earlier, the 47-year-old actor had written: "Someday we'll be, once again, by the sea! Until then, basking in the knowledge that I'm safer at home."

Someday we'll be, Once again, By the sea! (Until then, basking in the knowledge that I'm #saferathome ) #stayhome #staysafe #flashbackfriday

Rahul Khanna, best known for his role in Deepa Mehta's 1947 Earth, also starred in films such as The Emperor's Club, Dil Kabaddi, Love Aaj Kal, Wake Up Sid and Fire Flies. He was last seen in the web-series Leila.