Rahul Khanna Sums Up 'Sweat Equity' In A Pic. 'Too Much,' Says Instagram

As is tradition, Rahul Khanna's post was reciprocated with comments such as "Too much", "OMG", "speechless", "ageing like wine" 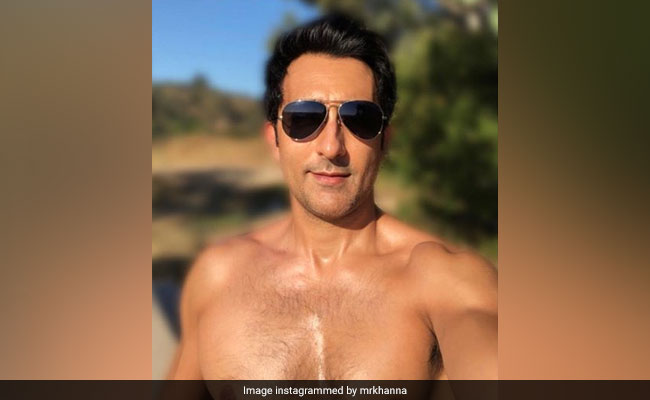 Actor Rahul Khanna is sexy and he knows it. Every now and then, the 47-year-old actor posts a shirtless photo of himself and the Internet goes loses its mind and we can understand why. On Wednesday, something similar happened on Rahul Khanna's Instagram when he shared a rather... ahem... sweaty, shirtless selfie of his, sporting a pair of black aviators and his signature half-smile, with the caption: "Sweat equity." To nerd it up, sweat equity is the non-monetary investment - in the form of labour or skill - that one contributes to a venture and folks on Rahul Khanna's Instagram thinks that he's done a good job at it, if the end product looks like this photo.

As is tradition, Rahul Khanna's post was reciprocated with comments such as "Too much", "OMG", "speechless", "ageing like wine", "This is the only opportunity cost I'll allow" and many more, including a few questions such as: "Is this even allowed?" Some even suggested an alternate caption: "Sweet equity."

Here's how Rahul Khanna made our morning better:

And if you want to treat your mid-week blues, we got the perfect fix - some more of shirtless Rahul Khanna here.

The fool on the hill. #sundayhike

Rahul Khanna's resume includes films such as The Emperor's Club, Dil Kabaddi, Love Aaj Kal, Wake Up Sid and Fire Flies, which remains his last film. On TV, Rahul Khanna has been part of shows such as The Americans and the Indian version of 24. Rahul Khanna made his Bollywood debut with Deepa Mehta's 1947 Earth, which got him the Filmfare Best Male Debut Award.