Rahul Khanna Vs Mowgli: Who Wore The Bare Necessity Better? 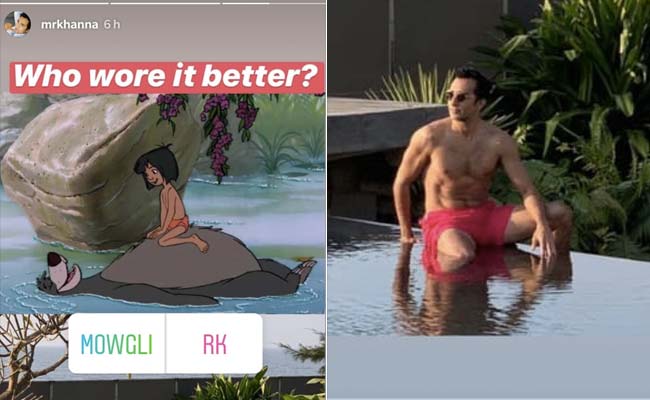 Time to revisit Rahul Khanna's "welcome to the jungle" photo. As if his shirtless photo from a recent photoshoot hadn't garnered enough that he also had to re-share in on his Instagram story. This time, he did it with a hilarious twist. In one of Rahul Khanna's recent posts, he was spotted in red trunks and at that point no one could imagine that a shirtless Rahul Khanna can ever be compared to Mowgli. But Mr Khanna did it - he made a split image of his photo with that of Mowgli chilling with Baloo on a stream perhaps singing Bare Necessities. Rahul Khanna had a question to go with it - "who wore it better?" and to be honest, no one can win over the adorable Mowgli. Not even a shirtless Mr Khanna.

So, who do you think wore the 'bare necessity' better? 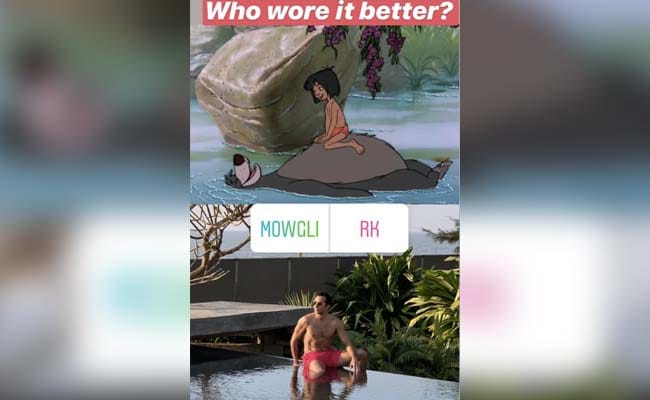 Here's a look at Rahul Khanna's original post from last week when many from his Instafam complained that his post is really very distracting. To one particular user, who commented saying: "I'm supposed to be studying but now I'm so distracted," Rahul Khanna had an easy solution: "Please close Instagram and get back to the books!"

Rahul Khanna's Instagram responses are as lit as his posts, we tell you and every so often, he posts a shirtless photo of himself.

Rahul Khanna's body of work includes films such as The Emperor's Club, Dil Kabaddi, Love Aaj Kal, Wake Up Sid and Fire Flies, which remains his last film. On TV, Rahul Khanna has been part of shows such as The Americans and the Indian version of 24. Rahul Khanna made his Bollywood debut with Deepa Mehta's 1947 Earth, which got him the Filmfare Best Male Debut Award.