"I'm supposed to be studying but now I'm so distracted!!" wrote one Instagram user. 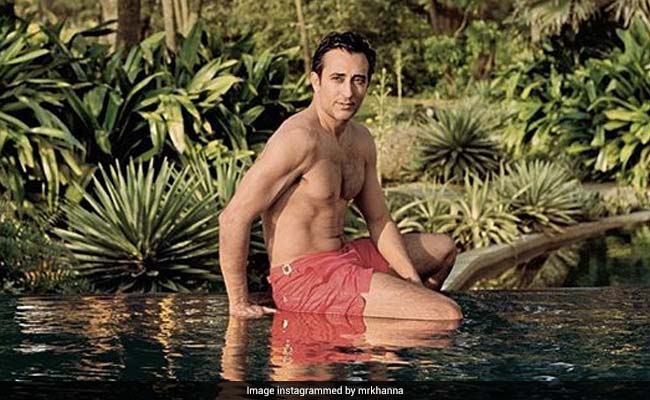 Wednesday morning got a whole lot better, thanks to Rahul Khanna's decision to Instagram a shirtless photograph of himself. "Welcome to the jungle!"Mr Khanna captioned the picture, which shows him posing against a background of green. The picture has collected hundreds of swooning comments within just a couple of hours of being posted. "This jungle just caught fire," wrote one fan. "Uff the perfect mid-week booster," said another. "How am I supposed to pay attention in class now?" a third wondered.

Check the picture out below:

As Mr Khanna responded to the admiring comments, his advice to one fan in particular caught our eye.

Of the many appreciative comments that the picture quickly collected, one was from a fan who admitted to being so distracted by it that she was unable to study. "I'm supposed to be studying but now I'm so distracted!!" wrote the user who goes by the name "thekhuster" on Instagram.

Rahul Khanna, however, had some great advice in store for her. "Please close Instagram and get back to the books!" he wrote in response to her comment.

Check out the hilarious exchange below: 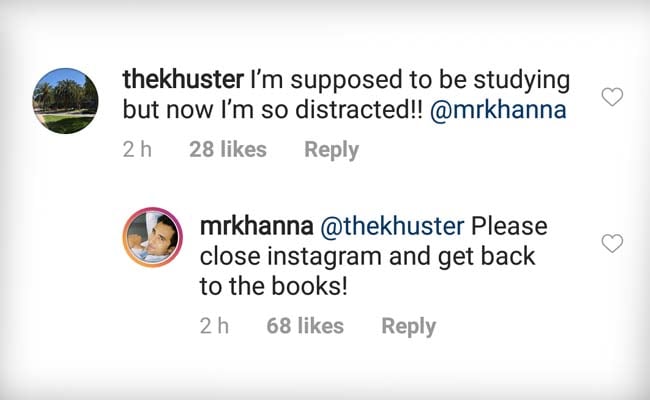 However, while Mr Khanna may have asked one fan to close Instagram, he wasn't quite as helpful when another told him she couldn't focus on work. "This is so unfair. How will I focus on work now?" wrote the Instagram user.

In response, Mr Khanna quipped: "Can you take the day off?" 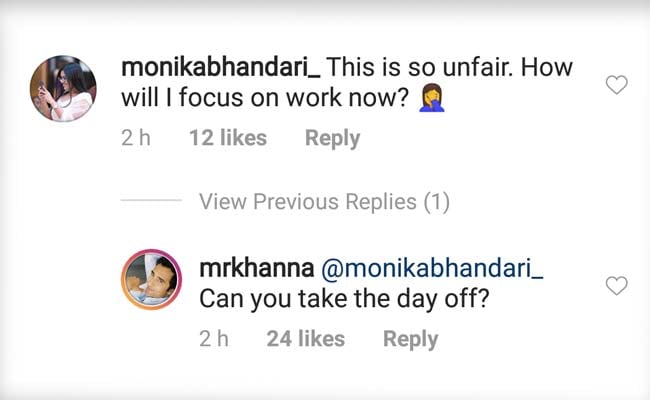 Mr Khanna has a penchant for posting pics that are prone to create Instagram frenzies. Every so often, he shares a shirtless pic that sends his legions of fans into overdrive. Check out some of his other pics below:

The fool on the hill. #sundayhike

Taking off for #throwbackthursday! ????: @sheetalmall

Son of actor Vinod Khanna, Rahul Khanna made his Bollywood debut with Deepa Mehta's 1947 Earth. In February, news agency IANS reported that the actor was planning to make a comeback to Bollywood.