"This one Sunday (September 6) just blew out of proportion for me. It took me six-eight hours to accept the situation," Arjun Kapoor said in an interview 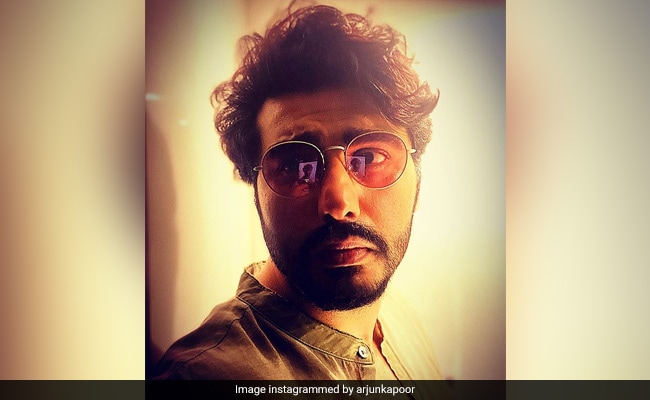 Actor Arjun Kapoor tested positive for the coronavirus last month - he has recovered since then and has also resumed his work schedule. In an interview with HT, the 35-year-old actor opened up about the time he found out about his COVID-19 diagnosis. Talking about his first reaction, Arjun told HT that he was "upset" that his shooting schedule was going to go for a toss: "I was confused, felt a varied degree of emotion. I was upset as I had to realign my life and I was looking forward to being on set. I had just shot for a few days and did the test to restart the second schedule so I felt disappointed that because of me the shoot will get cancelled. I then realised that I've to now be careful with my family, so there was a bit of concern, anger, irritation, but I also knew I've to deal with it practically."

Arjun Kapoor revealed he was COVID-19 positive in a statement on September 6, which was a Sunday. Referring to the day, Arjun said he was restless thinking about the repercussions of having the coronavirus but a chat with his doctor helped him pacify: "This one Sunday (September 6) just blew out of proportion for me. It took me six-eight hours to accept the situation before I could speak with the doctor. I calmed down when the doctor told me I was mostly asymptomatic. I felt mild symptoms coming in over the course so I guess it panned out alright."

A month later, on October 7, Arjun Kapoor said he's completely recovered from COVID-19 and tested negative. Arjun attached a note of gratitude for COVID-19 frontline workers in his statement.

Soon after recovery, Arjun joined back work and shared photos from the sets of his untiled film with Rakul Preet Singh and wrote: "I'm back to my happy place."

Last seen in Panipat, Arjun Kapoor's will next be seen in Sandeep Aur Pinky Faraar.. Arjun Kapoor has also joined the voice cast of the Hindi version of web show The Boys.