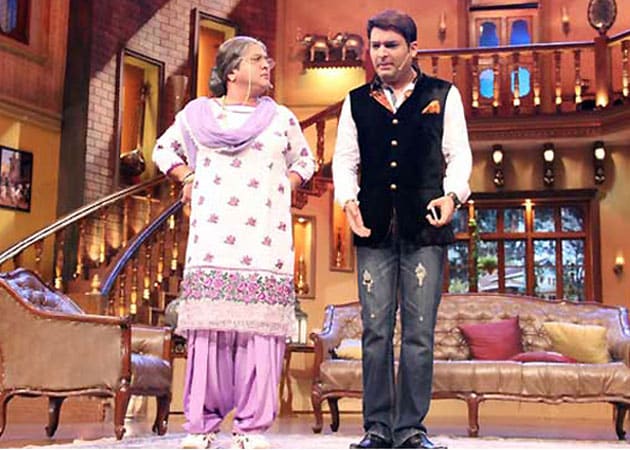 Ali Asghar in a still from Comedy Nights With Kapil

Mumbai: The final episode of popular TV show Comedy Nights With Kapil will now air on January 24 after the channel postponed the date by a week amid reports that there were differences between them and host Kapil Sharma. (Also Read: Comedy Nights Sneak Peek: What Happens on the Last Day)

Actor Ali Asgar, who played Dadi on the show, confirmed there were issues between the production house and the channel. Actor Kiku Sharda, who also features in the show, said they did not know about the date of telecast.

Ali Asgar said they were aware that the show might go off air but thought things might work out in the end.

"It is not that we were running out of content or the audience got bored. We continued to get good response. There were some issues between the production house and the channel," Ali Asgar told PTI.

"Before 25 days or so we were aware that the show is going to end but we thought things might work out. We got to know about the last day of the shoot before 15 days. The production house and channel decide when the show goes on air," he said. Kiku Sharda, popular as Palak on the show, told PTI, "We were aware about the last date of the shoot but we did not know about the date of telecast."

The final episode of the show, which was filmed with the Airlift stars Akshay Kumar and Nimrat Kaur, was supposed to air on January 17 but Colors will now telecast it on January 24.

The channel aired rival show Comedy Nights Bachao instead on that day but it seemed that the show's actors, Sunil Grover and Sumona Chakravarti, were not aware of this change since they kept promoting the show for January 17.

On January 17, Kapil had tweeted:

I hope @ColorsTV will air the last episode of cnwk with @akshaykumar tonight since its our way to say a gracious thanks to our audience :)

Akshay, however, recently tweeted that the final episode would air on January 24, two days after the release of his film Airlift.

Like all good things must come 2 an end,watch Nimrat & me on d last ep. of ur fav show @CNWKOfficial on Jan24 @ 10pm pic.twitter.com/8ShDALF93K

When contacted, the channel declined to comment on the. Kapil could not be reached.

Meanwhile, a leaked video from the final episode that shows the actors getting emotional as they say goodbye, went viral before being blocked by Network 18.

Ali Asgar said it was indeed a very emotional day for the cast of the show which was ending after three years.

"We shot on January 12 with Airlift team. The last day was emotional for all of us. This show gave all of us name, fame and money. It has been a memorable journey for me," he said.

Kiku Sharda, who had to face imprisonment for mimicking Dera Sacha Sauda chief Gurmeet Ram Rahim Singh, said he had a great journey on the show.

"All the characters on the show grabbed eyeballs. We all gained popularity with the show and we thank the audience for it. The team has been wonderful and has no ego. Kapil is a great person and he promoted everyone on the show," Kiku Sharda said.