Cobra Trailer: The Many Faces Of Chiyaan Vikram 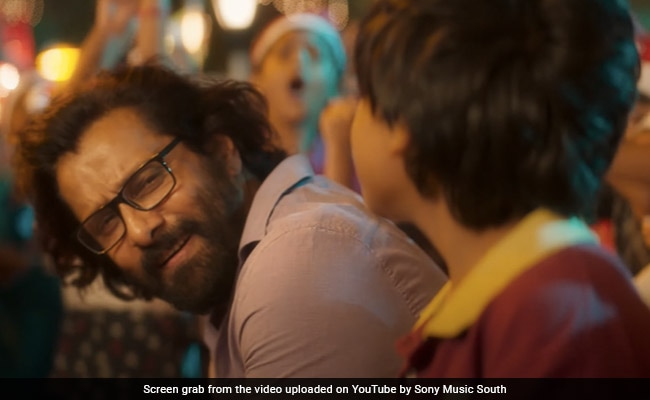 A still from the Trailer video. (courtesy: SonyMusicSouth)

The trailer of Chiyaan Vikram's Cobra is out. In the film, Vikram plays the role of a mathematician. In the over two-and-a-half-minute long trailer, Vikram is seen sporting many avatars. The trailer also features KGF fame Srinidhi Shetty, cricketer Irfan Pathan, KS Ravikumar, Roshan Mathew, and Robo Shankar among others. Chiyaan Vikram is seen in both romantic and fierce looks in the Cobra trailer. His obsession with changing many avatars reminds us of Kamal Haasan's Dashavatar, however, Vikram's intentions remain unclear as he is a mathematician in the film.

Check out the trailer:

Cobra, written and directed by Ajay Gnanamuthu, has music by AR Rahman. The film also marks the debut of cricketer Irfan Pathan as an actor, while it will be the first Tamil film for Srinidhi Shetty.

The project, first announced in 2019, began its filming in October that year. The film was delayed multiple times due to the COVID-19 pandemic and couldn't release in 2020 as planned. Cobra is primarily shot in Chennai, while a few scenes were also shot in parts of Kerala, Kolkata, and Russia.

The action-thriller, produced by Seven Screen Studios, is all set to release in theaters on August 31. The film will release in Tamil, Telugu, Kannada, and Malayalam.

Chiyaan Vikram, who is all set for Cobra's release, will also be seen in Mani Ratnam's Ponniyin Selvan: 1. The actor has also announced another project with Cobra filmmaker Ajay Gnanamuthu, however, an official announcement on the same is yet to be done.