Pahlaj Nihalani said, "Indu Sarkar was the main reason behind my removal as I didn't clear the film without cuts. I was targeted" 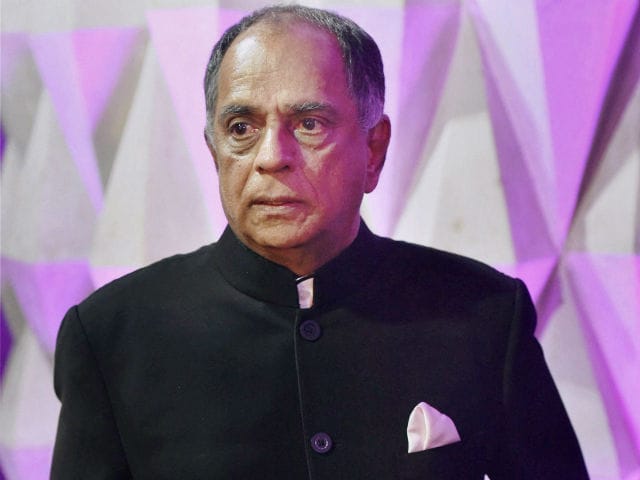 Pahlaj Nihalani was sacked as the CBFC chairperson last week

New Delhi: A week after Pahlaj Nihalani was sacked as the Central Board of Film Certification chairperson, the film producer has said he believes he was targeted for not clearing the film Indu Sarkar without cuts. Mr Nihalani, in an interview to YouTube channel Lehren TV, said "Indu Sarkar was the main issue behind my removal as I didn't clear the film without cuts." Pahlaj Nihalani was appointed CBFC chief in January last year and was replaced by adman-lyricist Prasoon Joshi. As CBFC chief, Pahlaj Nihalani's tenure was marked by criticism, and he was accused of morally policing films and demanding multiple cuts.

Alankrita Shrivastava's Lipstick Under My Burkha was one of the many films which faced Mr Nihalani's brunt. The CBFC refused to pass the film and described it as 'female-oriented.' Later, it was taken to the Film Certification Appellate Tribunal (FCAT) and it finally released with 'A' certificate and a few cuts as suggested. Lipstick Under My Burkha hit the screens a few weeks ago and did decent business at the box office. However, Pahlaj Nihalani told Lehren TV that the film is successful due to the hype that was created. "It was because of the publicity the film is successful. Otherwise, it would have been a no-show."

Last year's release Udta Punjab, a film that focused on Punjab's drug problem, was ordered 89 cuts from the censor board. Pahlaj Nihalani alleges that the ministry told him 'not to pass' Udta Punjab.

"I'm revealing it for the first time that I & B Ministry told me not to pass the film. There was pressure from many places to not pass it. After that, the revising committee gave it a date, and I passed Udta Punjab but with guidelines," Mr Nihalani says in the video.

Mr Nihalani further defended his tenure and claimed that he was asked not to pass Salman Khan's Bajrangi Bhaijaan (2015) because of its title. "I got a call from the ministry to not release the film on Eid because of its title as the ministry thought that the film was about love jihad. But I'd heard the script before and the film's writer was also writing a film for me at the time. It was an advanced letter. Later, I wrote letters to the ministry asking them to see the film according to the guidelines," Nihalani told Lehren TV, adding, "I have gone out of my way but I have been made a villain by Salman Khan and the film's director Kabir Khan."

Promoted
Listen to the latest songs, only on JioSaavn.com
He alleged that Anurag Kashyap manipulated the board to get Gangs of Wasseypur (2012) certified with the 'cuss' word. "Mr Kashyap has always targeted me," Pahlaj Nihalani alleged.

Of his successor Prasoon Joshi, Pahlaj Nihalani told Lehren TV, "He's a very nice man and he will have to reap the fruit of my sins and good deeds."