Christmas 2020: A Sneak Peek Into The Bhatts' Celebrations With Neetu Kapoor, Ranbir And Riddhima

Christmas 2020: In one of the viral pictures, Ranbir Kapoor can be seen giving Shaheen Bhatt a peck on the cheek After the Kapoors' Christmas lunch, the Bhatts hosted an intimate dinner party at their residence on Friday night. Filmmaker Mahesh Bhatt and his wife, actress Soni Razdan, invited their daughter Alia Bhatt's boyfriend Ranbir Kapoor and his family over for dinner on Christmas and pictures from their get-together have been trending on social media. Ranbir Kapoor was accompanied by his mom, actress Neetu Kapoor, sister Riddhima Kapoor Sahni, her husband Bharat Sahni and their daughter Samara. Alia Bhatt, her sister Shaheen, Soni Razdan, Neetu Kapoor, Riddhima, Samara and Mahesh Bhatt were twinning in black outfits. Ranbir Kapoor wore a denim shirt and jeans for the dinner party. Ranbir and Alia's close friend, filmmaker Ayan Mukerji, also joined the Kapoors and the Bhatts on Friday evening. In one of the viral pictures, Ranbir Kapoor can be seen giving Shaheen Bhatt a peck on the cheek.

Take a look at the photos from Mahesh Bhatt and Soni Razdan's Christmas dinner: 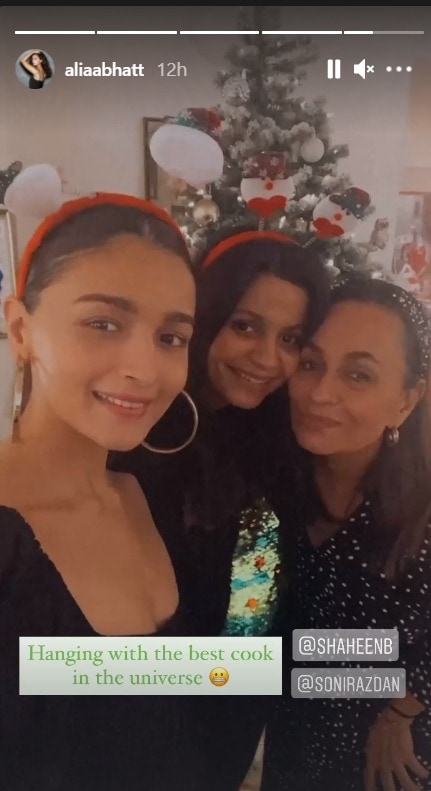 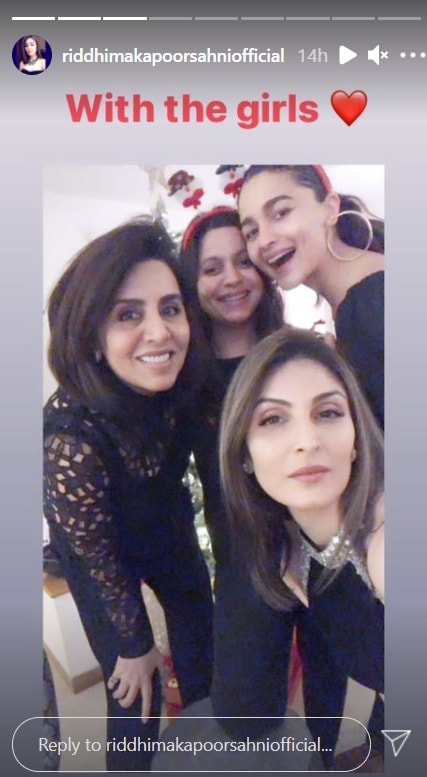 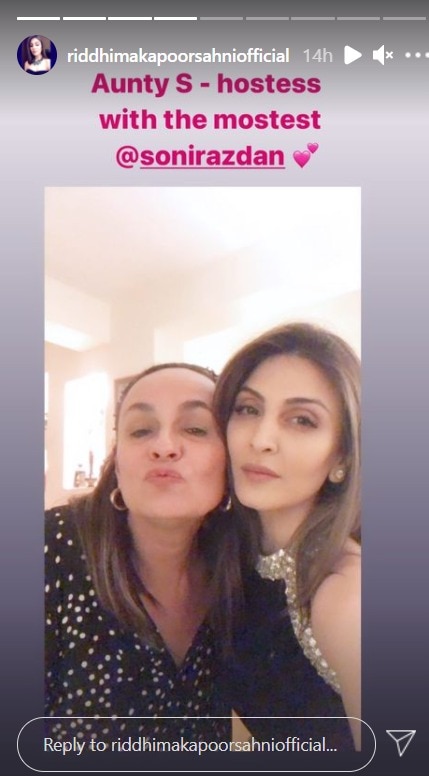 On Friday afternoon, Alia Bhatt and Ranbir Kapoor were part of the Kapoors' annual Christmas lunch. Alia was spotted wearing a "Mrs Claus" cap when she arrived at Kunal Kapoor's Juhu home with her boyfriend. Here are the pictures, take a look:

Recently, in an interview, Ranbir Kapoor revealed that he would have married Alia Bhatt this year had the pandemic not hit their lives. "It would have already been sealed if the pandemic hadn't hit our lives. But I don't want to jinx it by saying anything. I want to tick mark that goal soon in my life," he said about his wedding plans during the interview.

Alia Bhatt and Ranbir Kapoor will next be seen together in Ayan Mukerji's Brahmastra.