"Can I think like a monk?" read Chiranjeevi's caption 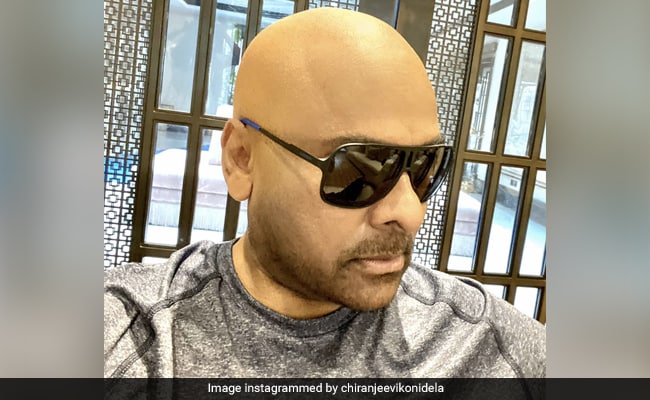 Chiranjeevi surprised his fans on Thursday and how. The veteran actor shared a picture of his brand new look on the photo sharing application. Chiranjeevi posted a picture, in which he can be seen with a shaved head and black sunglasses. He summed up his look in two words: "Urban monk," and added, "Can I think like a monk?" The actor's Instafam was amazed and compliments kept popping up in the comments section. However, one comment that caught our attention was from Chiranjeevi's son and actor Ran Charan. "Appaaaaaaa! What did I just see?" he wrote. Chiranjeevi's nephew Varun Tej also left a comment. "Woah! Looking great daddy," he wrote. 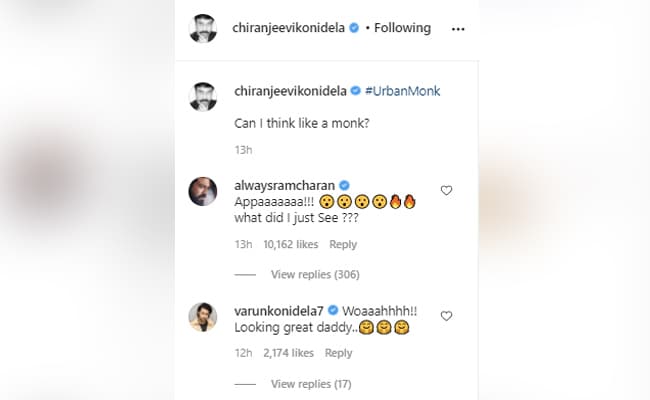 During the lockdown earlier this year, the actor shared videos from his cooking diaries on Instagram. He once tried his mother's special fish recipe. The other time, he prepared Pesarattu (a crepe-like dosa), especially for his mother. Check out the videos here, you can thank us later:

A post shared by Chiranjeevi Konidela (@chiranjeevikonidela) on Aug 9, 2020 at 9:36pm PDT

Chiranjeevi  is one the most revered actors in Telugu cinema. He has also worked in Tamil, Hindi and Kannada films. Chiranjeevi, who debuted on the big screen in 1978, has acted in over 150 films. He has featured in several Telugu movies some of which are Swayam Krushi, Rudraveena, Indra and Aapathbandavudu.

He was last seen in the 2019 film Raa Narasimha Reddy, which also starred Amitabh Bachchan in a significant role. He will next be seen in Telugu film Acharya, directed by Koratala Siva. It will be the 152nd movie of his career.