It's Chiranjeevi's Birthday Of Sorts - See Pic From Debut Film 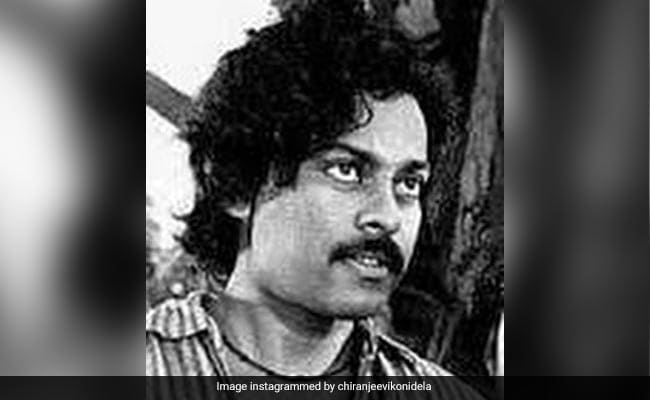 Chiranjeevi celebrated his career milestone on Wednesday. Sharing on social media, the Megastar thanked all his fans for extending tremendous support to him throughout his career. The actor has completed successful 43 years in the film industry. Reminiscing about the days, Chiranjeevi shared a throwback picture from his debut movie Pranam Khareedu and wrote a heart-felt note, dedicating to all his fans, "On 22 August, I took birth as a human. On 22 September, I took birth as an actor. I express my gratitude for all the audience who have since encouraged me. I especially thank my fans, who love me the most." Within no time, the post garnered over 1 lakh hearts and the comment section was filled with heart emojis.

The superstar was last seen in the 2019 historical-action film Sye Raa Narasimha Reddy directed by Surender Reddy. The movie was based on the life of Uyyalawada Narasimha Reddy, who revolted against the atrocities of the East India Company, 10 years before the Sepoy Mutiny. The film also starred Amitabh Bachchan, Tamannaah, Nayanthara and Sudeep in pivotal roles.

Chiranjeevi will next be seen in Korala Siva's Acharya which also stars his son Ram Charan, Kajal Aggarwal and Pooja Hegde in important roles. The action-drama movie is bankrolled jointly under the banners of Konidela Production Company and Matinee Entertainments.

The actor is married to Surekha, daughter of late actor Allu Ramalingaiah, in 1980. The couple are proud parents of Ram Charan, who is an actor, and two daughters - Sushmita and Sreeja.