Children's Day 2019: Bipasha Basu wrote, "My childhood is precious and amazing thanks to my awesome parents and family. Happy Children's Day." 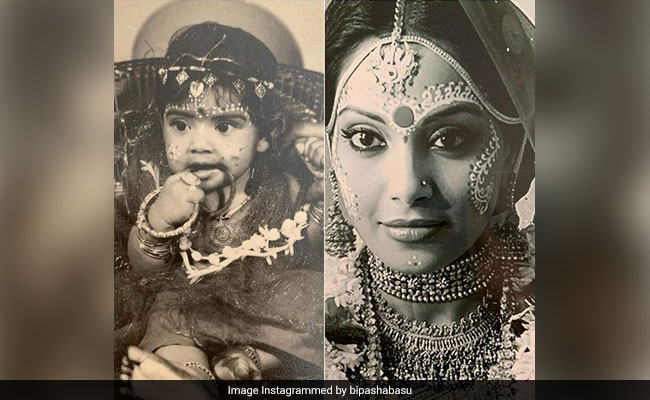 On Children's Day, actress Bipasha Basu opened up her childhood album for her fans on social media and shared really adorable pictures. In one of the posts, Bipasha juxtaposed a picture of herself dressed as a bride and a picture of her baby self in her 'dressy best.' She wrote, "Me in my dressy best... Then and now." Her actor husband Karan Singh Grover (whom we last saw in television show Kasautii Zindagii Kay) commented, "Cutest bou ever... Then and now." In the other picture Bipasha Basu shared on Instagram, she can be seen posing with her sister Bidisha. "Mini me and my swag. While Didi is trying to look camera friendly... My childhood is precious and amazing thanks to my awesome parents and family. Happy Children's Day," she wrote.

She was last seen in 2015 film Alone, in which she co-starred with Karan Singh Grover, whom she married a year later. Bipasha Basu is currently filming Aadat, which is a romantic thriller. Speaking about her upcoming film, Bipasha told news agency IANS: "My aim was not to do another supernatural film and that is why I chose Aadat as a film to do after a long time because it is a thriller. I love thrillers and it has got romance as a base."