When Bipasha Basu Was A Teenaged Model: Ex Dino Morea Says, 'I Remember That'

"Still remember what a fun shoot it was," wrote Bipasha Basu 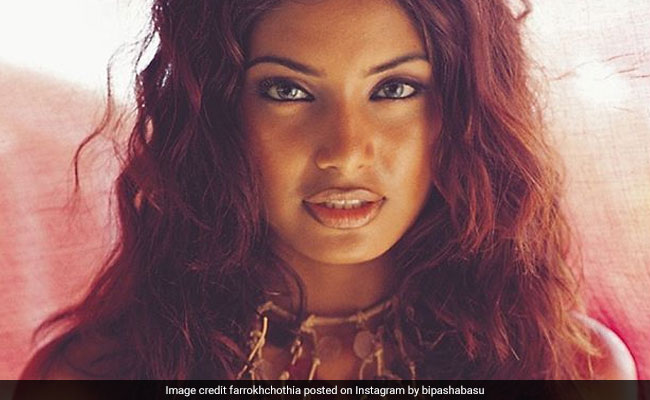 Bipasha Basu, who switched to acting after a very successful modelling career in the Nineties, revisited her modelling days as a teenager with a few throwback photos on Instagram. The 40-year-old actress, who began her modelling stint as early as 17, dug out the cover of Elle magazine from April 1998, which featured her as a "bikini belle" - Bipasha was 19 back then. "Major throwback! Teenage modelling day. My first swimsuit feature for Elle India. Shot by the ace photographer and dear friend Farrokh Chothia. Styled by the amazing Anaita Shroff Adajania. Still remember what a fun shoot it was. Always a bikini belle."

Bipasha Basu's blast from the past instantly received a whole lot of love with her friends raining down comments and among them was one from her ex-boyfriend Dino Morea. "Hello, Bipasha. I remember that. Stunning," he wrote. Dino Morea was also a popular model in the Nineties and worked with Bipasha Basu on several modelling assignments. Bipasha and Dino Morea's 1998 advert for intimate wear brand Calida snowballed into a controversy after being criticised for appearing to be 'vulgar' before it was eventually taken down.

Major Throwback! Teenage modelling days My first Swimsuit feature for @elleindia ... shot by the ace photographer and dear friend @farrokhchothia ... styled by the amazing @anaitashroffadajania . Still remember what a fun shoot it was Always a bikini belle #throwback 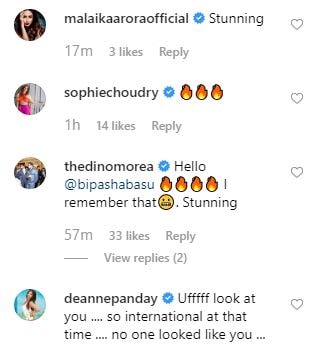 For another throwback memory from the photoshoot, Bipasha wrote: "Colour me bronze!!! Another blast from the past. Want this tan back... need sunshine and beach."

Colour me Bronze!!! Another blast from the past Want this tan back... need sunshine and beach #throwback #teenagedays